Afghan Jihad and the Kashmir insurgency

Military mindset, training and institutional logic dictates a militarist and aggressive approach to foreign affairs and security-related matters. Therefore, as a matter of principle, the military must be kept miles away from the top decision-making organs of the state

In Pakistan, there are three distinct categories of militants: Afghanistan-focused Pashtun militants, Kashmir-focused Punjabi militants and foreign terrorists including the Arab militants of al-Qaeda, the Uzbek insurgents of Islamic Movement of Uzbekistan (IMU) and the Uighur rebels of the East Turkistan Islamic Movement (ETIM). The foreign, transnational terrorists number only in a few hundreds and are hence inconsequential.

Tehreek-e-Taliban Pakistan (TTP), which is mainly comprised of Pashtun militants, carries out bombings against Pakistan’s state apparatus. The ethnic factor is critical here. Although the TTP likes to couch its rhetoric in religious terms, it is the difference of ethnicity and language that enables it to recruit Pashtun tribesmen who are willing to carry out subversive activities against the Punjabi-dominated state apparatus, while the Kashmir-focused Punjabi militants have by and large remained loyal to their patrons, the security agencies of Pakistan.

Pakistan’s security establishment has been willing to conduct military operations against the TTP militants which are deemed a security threat to Pakistan’s state apparatus, but the Kashmir-centred Lashkar-e-Taiba and the Afghanistan-focused Quetta Shura Taliban, including the Haqqani network still enjoy impunity because such militant groups are regarded as ‘strategic assets’ by the security establishment.

For half of its 70-year-long history, Pakistan was directly ruled by the army. During the remaining half, the security establishment kept dictating Pakistan’s foreign and security policy from behind the scenes. The outcome of Ayub Khan’s first decade-long martial law from 1958 to 1969 was that Bengalis were marginalised and alienated to an extent that it led to the separation of East Pakistan (Bangladesh) in 1971. During General Zia’s decade-long martial law from 1977 to 1988, Pakistan’s military trained and armed its own worst nemesis, the Afghan and Kashmiri jihadists. And during Musharraf’s martial law from 1999 to 2008, Pakistan’s security establishment made a volte-face under pressure from Washington and declared a war against the Pashtun militants that ignited the fire of insurgency in the tribal areas of Pakistan.

Most political commentators in Pakistan hold the Islamist Zia-ul-Haq responsible for the jihadist militancy in the tribal areas. However, it would be erroneous to assume that nurturing militancy in Pakistan was the doing of a lone general. All the army chiefs after Zia’s assassination in 1988, including Aslam Beg, Asif Nawaz, Waheed Kakar, Jahangir Karamat and General Musharraf upheld the same military doctrine of using jihadist proxies to destabilise Afghanistan, India and Iran throughout the 1980s and 1990s.

A strategic rethink in the Pakistan Army’s top brass didn’t take place until after the 9/11 terror attack, when Richard Armitage the US Deputy Secretary of State during the Bush administration, threatened General Musharraf with the following words, “We will send you back to the Stone Age unless you stop supporting the Taliban.” Thus, deliberate promotion of Islamic radicalism and militancy in the region was not the doing of an individual general.

Rather, it is the meticulously thought-out military doctrine of a rogue institution. Military mindset, training and institutional logic dictates a militarist and aggressive approach to foreign affairs and security-related matters. Therefore, as a matter of principle, the military must be kept miles away from the top decision-making organs of the state. 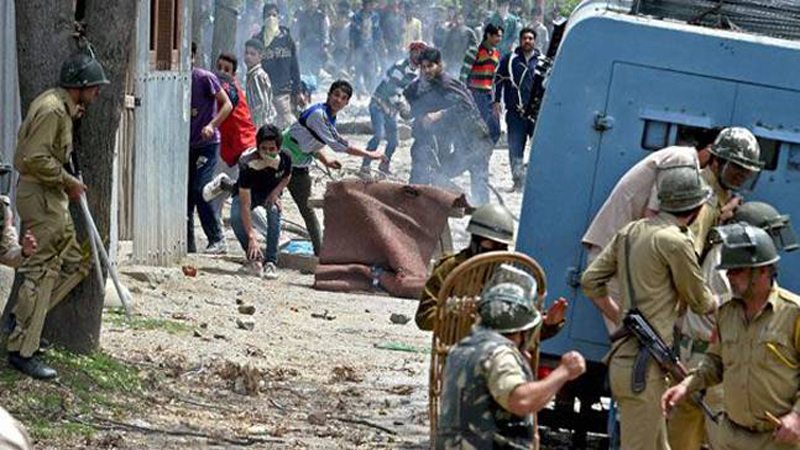 Regarding the Kashmir dispute, there can be no two views that the right of self-determination of Kashmiris must be respected in accordance with the UN Security Council resolutions on the right of plebiscite for the Kashmiri people. Pakistan should lend its moral, political and diplomatic support to the Kashmiri cause. At the same time, the militarisation of any dispute, including Kashmir, must be avoided due to the colossal human suffering that violence anywhere in the world inevitably entails.

The insurgency in Kashmir erupted in the fateful year of Orwellian fame, 1984 when the Indian Armed Forces surreptitiously occupied all of Siachen glacier, including the un-demarcated Pakistani portion. Now, we must keep context in mind: those were the heydays of the Cold War and the Pakistan Army’s proxies, the so-called Afghan ‘mujahideen’ (freedom fighters) were winning battle after battle against the Red Army. As a consequence, the morale of the Pakistan Army’s top brass was touching the sky.

Regarding the Kashmir dispute, there can be no disputing the Kashmiris right to self-determination in accordance with the UNSC resolutions on the right of plebiscite. Pakistan should lend its moral, political and diplomatic support to the Kashmiri cause. At the same time, the militarisation of any dispute, including Kashmir, must be avoided due to the colossal human suffering that violence anywhere in the world inevitably entails

Moreover, Pakistan’s security establishment also wanted to inflict damage to the Indian Armed Forces to exact revenge for the dismemberment of Pakistan at the hands of India during the War of 1971, when India took 90,000 Pakistani soldiers as prisoners of war. All the military’s top brass had to do was divert a fraction of their Afghan jihadist proxies towards Kashmir to ignite the fire of insurgency in Kashmir. Pakistan’s security agencies began sending jihadist who had gained experience in the Afghan guerrilla warfare across the border to Indian-administered Kashmir in the late 1980s. By the early 1990s, the Islamist insurgency engulfed the entirety of the Kashmir region.

We must keep in mind however, that an insurgency cannot succeed anywhere unless militants get some level of support from the local population. For example: if a hostile force tries to foment an insurgency in Punjab, it wouldn’t succeed.

Why? Because Punjabis don’t have any grievances against Pakistan. On the other hand, if an adversary tries to incite an insurgency in the marginalised province of Balochistan and the tribal areas, it will easily succeed. This is because the local Baloch and Pashtun populations have grievances against the heavy-handedness of Pakistan’s security establishment.

Therefore, to put the blame squarely on the Pakistani side for the Kashmir conflict would be unfair. Firstly, India treacherously incorporated the Princely State of Jammu and Kashmir into the Dominion of India in 1947, knowing well that Kashmir has an overwhelming Muslim majority and in accordance with the ‘Partition Principle’ agreed upon between the Muslim League and the Indian National Congress on the eve of the independence of India and Pakistan, Kashmir should have been included in Pakistan.

Secondly, India re-ignited the conflict by occupying the strategically-placed Siachen glacier in 1984. Pakistan’s stance on Kashmir has been quite flexible and it has floated numerous proposals to resolve the dispute. But India is now the new strategic partner of the US against China. This is why India’s stance on the Kashmir dispute has been quite inflexible, because it is negotiating from a position of strength. However, diplomacy aside, the real victims of the intransigence and hubris on both sides have been the Kashmiri people and a lot of innocent blood has been spilled for no good reason.

The writer is an Islamabad-based attorney, columnist and geopolitical analyst focused on the politics of Af-Pak and Middle East regions, neo-colonialism and petro-imperialism