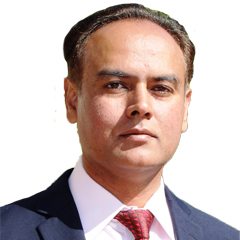 The legacy of Iqbal and Maududi

I believe if Iqbal and Maududi were alive today, they would have revised some of their suggestions and theories about constructing the future, considering the outcomes of their lofty ideals in current circumstances and the way societies evolve

There was a time when the anthology of Iqbal’s poetry (Kulyaat-e-Iqbal) was like divine text to me. I considered Iqbal a man with a Holy Book, even though he was not a prophet. No matter if at the time, I was not able to understand some of the more sublime renderings of his thought processes. ‘The poet of the east, philosopher of Islam and dreamer of Pakistan’, Allama Iqbal always impressed me with his unmatchable style and diction. It inculcated a deep desire inside me for the revival of the lost glory of the Muslim Ummah.

This was also around the time I was inspired by the writings of Maulana Maududi along with the many other stalwarts of the Pakistan movement. I developed some rudimentary understanding of Hasanul Banna and Syed Qutub’s Muslim Brotherhood along with some other scholars representing contemporary Islamic thought in the subcontinent.  However, it was Iqbal and Maududi who inspired me the most. I belonged to the generation of Muslim youth which was eulogized with notions of Islamic revolution. This included teachings of the dominance of Islam with the message of the Quran and Sunnah as beautifully sloganised by the Islamic movements of the age, and particularly Muslim students’ organisations like Islami Jamiat Talaba. The mere thought of being part of a universal Islamic Ummah with a glorious past was majestically inspirational. It would be like finally having an identity. An identity founded on a great realization of self that made me taller, more confident, and full of pride. This realisation and newly found pride also made me angry, ready to wreak vengeance for the atrocities inflicted upon Muslims all over the world, especially in parts occupied by imperialist anti-Muslim forces.

In 1991, I was a 12th grader obsessed with Iqbal and Maududi. It was then that my college nazim (student leader) of the Islami Jamiat Talaba (IJT) convinced me of the need for military training as part of our religious duty and in the interest of safeguarding the Muslims being butchered because of their faith.  So I consented to go for training in one of the military training camps operated by the mujahedeen (Islamic Freedom Fighters) in the mountains of Afghanistan bordering Pakistan at that time.

My father was a fan of Zulfikar Ali Bhutto and worked for the Pakistan People’s Party in our district in Punjab. He never objected to my association with the IJT in college, perhaps considering it a part of my evolutionary process that he did not want to influence politically or not wanting to interfere with my freedom of thought. However, believing he would never espouse such ambitions, I sought his permission to go for a trip to the scenic Naran and Kaghan valleys with my college friends, which he gladly granted. Making a long story short, in two days I was at the Al-Badar camp, a private military training camp crossing the Miransha tribal area with a group of equally excited boys from the neighboring towns and villages sent out by the Jamiat Nazim. Passionate and excited as we were to finally serve our faith and protect our brethren, frankly we had never given much thought to what preparing for an actual war would mean.

To make a long story short, in two days I was at the Al-Badar camp; a private military training camp crossing the Miranshah tribal area. Joining me was a group of equally excited boys from the neighboring towns and villages, sent out by the Jamiat nazim. Passionate and excited as we were to finally serve our faith, frankly we had never given much thought to what preparing for an actual war would mean

Later I realized how lucky I was. I got very sick within first few days of rigorous training that involved at least four kilometers of running in the early morning, instructions on the use of different kinds of weapons, and strenuous physical exercises and tactics that put an unbearable amount of stress on my otherwise thin and frail body. I had to be admitted to a makeshift infirmary under a tent. The final straw was a drip, incorrectly injected into my veins. With a heavily swollen arm, I was shipped back to Peshawar on a van that came to provide supplies at the end of the week. Finally, I managed to reach home in a physically tarnished condition. Seeing my physical and mental condition, my parents never asked about this ordeal; perhaps they already had an idea, and kindly took me under their care for a quick recovery. However, later I found out that not all the boys who attended such military training camps and finally went for jihad in either Kashmir or Afghanistan were as lucky as I.

The objective of this story, that many Pakistani youth from the 80’s and 90’s can relate to, is to not blame Iqbal and Maududi (and their political heirs and followers) for misleading the impressionable youth with their passionate call for the dominance of Islam and their encouragement of martyrdom. It isn’t that simple. I am still a fan of Iqbal’s poetry. I still consider Maududi a wonderful writer with literary gifts and an excellent religious scholar. These two personalities have successfully influenced the hearts and minds of a great number of Muslims, not only in the subcontinent but the whole Islamic world. They can be safely considered among the top architects of revolutionary Islamic ideas and notions that inspired the Islamic movements the world over in the twentieth century.  They have the undeniable stature of greatness. However, being declared great does not necessarily mean that their ideas cannot be objectively and critically assessed in the light of new facts and compared with the results and implications that later generations faced.

We are all products of our environment. Likewise, we need to understand these personalities, their thoughts, theories and roles in our intellectual, political and social development in the context of their own age and its particular conditions. Every age brings with it new issues, new questions and new problems. I believe if Iqbal and Maududi were alive today, they would have revised some of their suggestions and theories about constructing the future, considering the outcomes of their lofty ideals in current circumstances and the way societies evolve. At least my optimism expects this from the sincerity of their persons. If history is a guide, stories take their own courses and time makes its own tracks no matter the intent of the storyteller. The story that Iqbal, Maududi and other architects of Islam’s future had in their mind after assessing the demands of their time, has taken its own course as well, regardless of and beyond the wildest imaginations of these theorists whether one likes it or not.

There is another issue. In a world in which dogmas and perceptions usually seem to supersede the realities of time, we all tend to have some idols in our hearts and minds. These idols are that of our ideal personalities, our dogmatic beliefs, and the idols of our ideologies. We carve and chisel them, we nurse them, beautify them and start worshipping them. They become the standards through which we separate virtue from evil, decide between right and wrong and most importantly choose our future paths. We safeguard our idols’ integrity at any cost, fighting tooth and nail against the critics pleading to see them in a critical light. Without breaking these idols, it is difficult to progress any further.

The way Iqbal and Maududi’s thoughts and aspirations are being used by the extremists’ slogans and strategies requires a serious reexamination of their work putting them in the proper context of their times. There has never been a better opportunity to learn from contextualising the concepts and notions of the ‘golden age’ of Islam, which constituted a universal Islamic Ummah. It required the use of the Muslim youth’s energy, courage and bravery and the meaning of brotherhood and solidarity. The choice is clear, we have to either coexist with the world or continue to be isolated and marginalised from it.

The writer is a consultant and analyst with an interest in politics and culture, based in Islamabad