Sure, wages are growing; but they should be growing faster 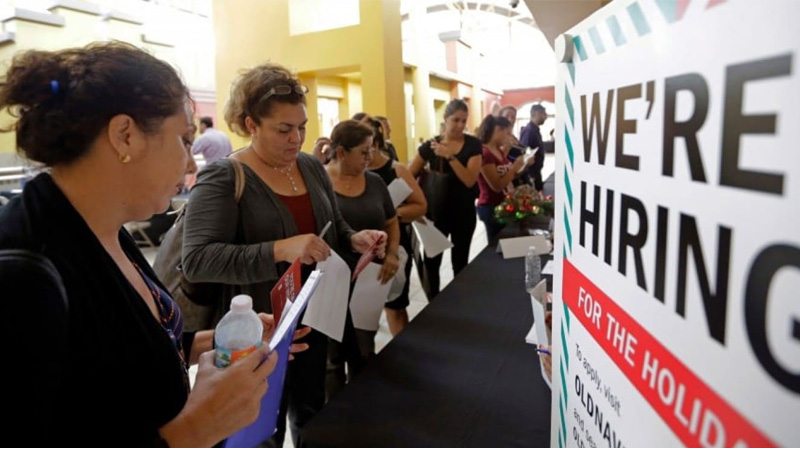 Okay, fellow nerds. Here’s a revealing graph of the current job market, if I may make such a comment about my own graph. But before I get to the figure, let me build up the tension with a bit of context. Friday’s jobs report was another solid one, showing 228,000 jobs and with the unemployment rate still at a 17-year low of 4.1 percent. That’s good.

But, at least in these data, hourly wage growth is stalled at a yearly rate of 2.5 percent. Now, inflation is running around 2 percent, so that growth rate implies small real gains, and weekly hours of work ticked up last month, which helps, too. Also, some other series show more wage growth than this one, as Dean Baker and I showed on this page earlier in the week. Which brings me to the figure below. It shows the nominal, yearly wage growth of a composite mash-up of five different wage series (data note here), and a forecast of that series using just the unemployment rate. The idea is that the composite measure keeps you from cherry-picking your favorite series.

I ran a little statistical model through 2010, and then I (politely) asked the model to forecast wage growth based on actual unemployment since that point. As you see, the model fits the data nicely up until the post-2010 forecast point. Then the model says wages should be growing faster. Why the underperformance? One theory is that the job market is pulling less-skilled and -experienced workers from the sidelines, and this is holding down wage growth. But the Atlanta Fed runs a wage tracker, which tries to control for this, and it doesn’t show much more acceleration than my mash-up. Probably, worker bargaining power has just taken such a hit over the last few decades — trade deficits, deunionization, technology, austere (stingy) fiscal policy, and “secular stagnation” (persistently weak demand — that even at low unemployment, we’re not seeing the wage gains we should.

To Congress, these workers don’t get much of anything from your tax cut, which mostly goes to wealthy businesses, shareholders and heirs of rich estates. A true wage-growth agenda, versus your trickle-down nonsense, looks very different from what you’ve offered so far. I’ll have more to say about that agenda next week.