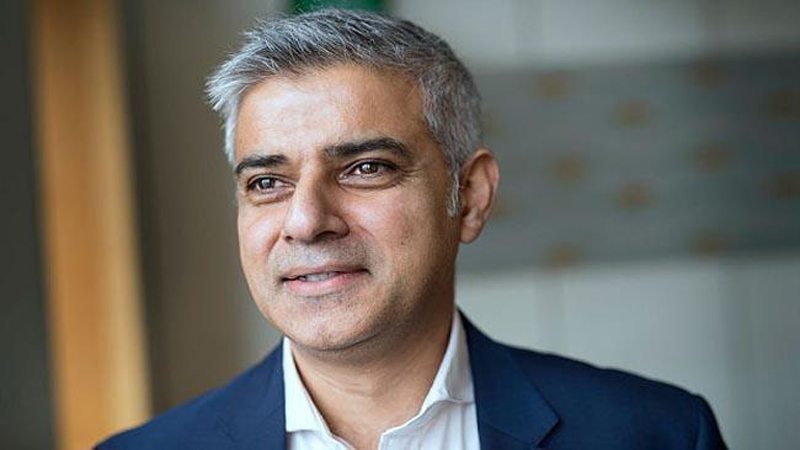 KARACHI: On his first visit to Pakistan, Sadiq Khan, the mayor of London, visited Habib University in Karachi to speak to students, donors, and leading businesspersons. Habib University is an undergraduate liberal arts and sciences institution that seeks to transform higher education in Pakistan.

Opening the event, Habib University President Wasif Rizvi said “it is indeed a great honour for me, in our short history of four years, to welcome an inspiration, a hero to all of us, and especially for Habib University students, to welcome the Mayor of many firsts- to the first Liberal Arts and Sciences university in the country”.

Sadiq Khan, born to Pakistani parents in London and elected Mayor of London with outstanding support in May 2016, opened his speech to the Habib community with a comparison: “As you know, I am a proud Londoner. What has been remarkable on this visit is that it reminds us that we have so much in common, and there are far more things that we have in common than things that divide us.” He said that on this business trip, there are three words he wants the world to know: “London is open. Open to trade, business, education, cultural programs, sports, and of course for the cricket world cup in 2019.”

The Mayor of London was visiting Karachi as part of a trade mission to strengthen cultural and business ties with India and Pakistan. In preparation for the trip, he had read Jinnah’s speeches, in which Pakistan’s founder spoke “about the importance of religious freedom, democracy and women’s rights – which are some of the things that this university is teaching its students.” He asserted that Pakistan has a great future ahead, because of the people who make the future of the country and the culture that acts as glue.

Habib University’s students had prepared questions to engage with the guest in a discussion moderated by Habib University faculty member and author, Dr. Sabyn Javeri. As a response to the question on his life journey which led to him “shattering the glass ceiling”, Sadiq Khan said that “when you work hard and have a helping hand, you can achieve anything.” In his case, education played a pivotal role. “My part of the job as the Mayor of London is to put up a helping hand. And the job of leaders is to put up ladders, and Habib family for example has done so in education.”

The Mayor specifically commended Habib University’s gender diversity as well as the quality of students’ questions. Responding to questions on political challenges and urban planning, he emphasised that “we have to give the public the confidence” of living in a multicultural city, of planning for the future, and of working with other cities around the world for the benefit of both. He advised Karachi that “growth is not a problem, but the lack of planning for growth is”, that preparing for jobs in the future is an important investment.

The students asked the Mayor how they could play active part in politics. He encouraged them be “to be active citizens. You are not a consumer, you are a citizen. You have to get involved in your community, in your city, in your country”. In closing, he was asked about his impression of his host city: “Karachi is great… There is a great buzz, the cultural life is amazing, and some of the things you do, you do really well – whether it is music, culture, and of course the food is second to none.”

His visit concluded with an interactive photo opportunity with the wider Habib University community including members of the boards, supporters, and students.