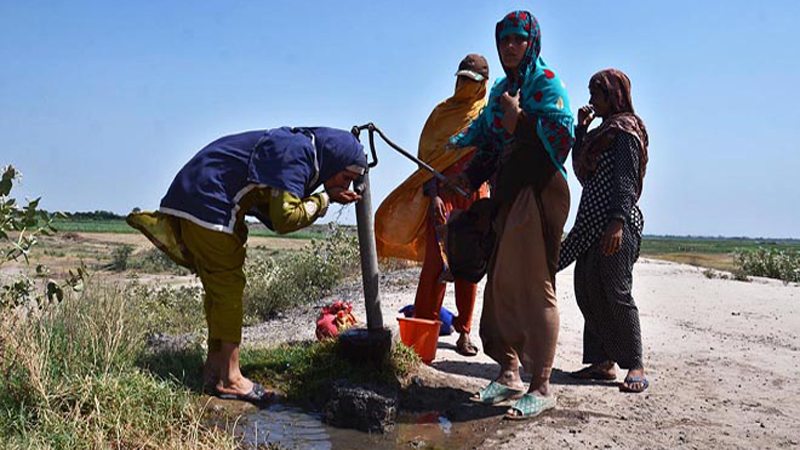 ISLAMABAD: Public Accounts Committee (PAC) of Parliament on Wednesday took cognisance of water shortage and decided to review the formula of water resources distribution across the country.

The PAC also observed that there could be consequences for the unity of federation due to indiscreet distribution of waters among the provinces.

The PAC headed by Syed Khurshid Shah was scheduled to meet for discussing the audit objections of water and power division of energy ministry but the meeting was adjourned for next day due to lack of quorum.

Chairman PAC Shah expressed displeasure on lack of quorum stating that the members should tender their resignations if they were not attending the meetings regularly. Federal Secretary for Water Resources Shumail Khawaja, who was present to explain the audit objections, defended the water accord of 1991 saying that all provinces were agreed upon this document which was the basis of water resources distribution among the all federal units.

He however revealed that Pakistan may suffered huge water shortage this year that may left us salutary effects on food productions .

Khwaja also submitted the details of water outflow from the three water reservoirs and added 30000 cusec water from Mangla dam, 32000 cusec from Tarbela dam and 35000 cusec water from Chashma was out flowing which was less than previous years. During the course of informal meeting the opposition leader Syed Khurshid Shah whined that Sindh province was being provided less water from its due share creating severe problems of Sindhi farmers whose livelihood totally depend on the agriculture.

He said that drought like situation in lower Sindh area could be occurred and the officers concerned should take precaution measures to ward off the ugly situation.

He told the meeting that water accord regarding the distribution of water resources among the four province could be revisit to delete the anomalies embedded in the accord and castigated the government for excluding one Sindhi representative from the IRSA.

He said that this due to shortage of water Sindh was being provided five thousand cusec less water resulting in the downstream from Kotri barrage due to which the rivers in Sindh had been dried.

Federal secretary Shumail Khawaja told the meeting that more than 29000 cusec water was drowned in the Arabia sea due to non-availability of water reservoirs and if succeeded in cultivating these water resources judiciously then the paucity of water could be overcome and our agriculture sector could be improved.

Syed Naveed Qamar confronted the secretary rejecting the stance and said that when there was shortage of water in the water reservoir the wastage of water was out of question. Federal secretary urged the PAC to build new water reservoirs on emergency basis otherwise the shortage of water could pose serious question to economic survival. Syed Khurshid Shah opined that martial laws caused huge damaged to national interests adding that during military regimes the rulers had not paid their heed to water issue resultantly the country was now suffering from water problem.

“The wars in future on water resources could not be ruled out,” he said. The PAC decided to take complete briefing from the officers concerned regarding water availability in the country.