Shashi Kapoor’s demise: The end of an era 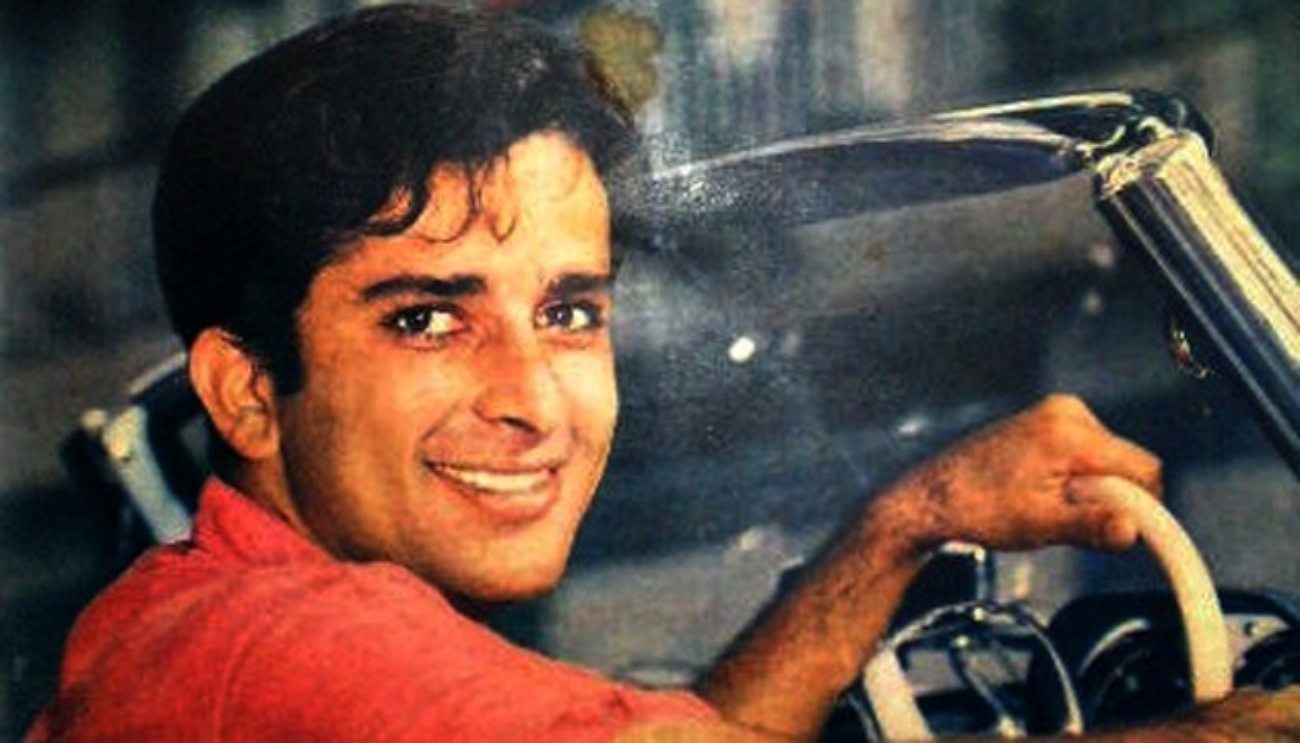 The demise of the legendary actor Shashi Kapoor marks the end of an era. Shashi was the man who could charm the birds off the trees. If looks could kill, he would have ‘knocked out’ several million ladies.

He worked in international cinema before most Indian actors even considered working there. Shashi played a prominent role in strengthening the institution of theatre apart from giving memorable performances in Hindi films.

Shashi, unlike his peers, had guts to invest lifelong earnings into producing off-beat films like “36 Chowringhee Lane”, “Junoon” and several others.

Versatile and well-versed into parallel cinema, Shashi was also the perfect choice of makers of Jinnah, a 1998’s epic biographical film which follows the life of the founder of Pakistan, Muhammad Ali Jinnah. 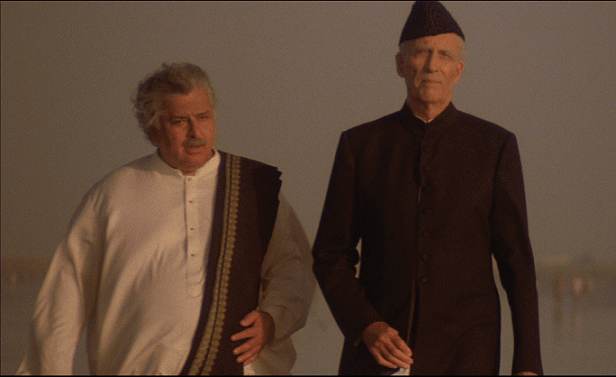 The film ran into trouble and the makers decided to pack up the shooting from Pakistan. Activists called for the deportation of actors. Shashi had to be given security cover. ‘Not that there is any problem,’ Shashi tried clarifying in an interview. ‘I do move about, I go to people’s houses for lunches, to the Sindh Club. It’s a very nice place, with really great people. The atmosphere is very congenial.’ Ever reasonable, Shashi adds, ‘Apne hi log hain, yaar. (They are our own kind.) The same people, the same culture, you don’t feel like you are shooting outside India.’ 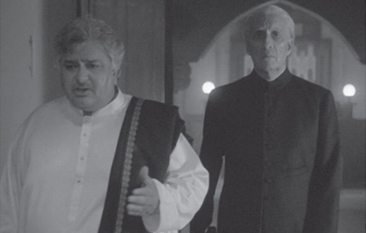 A series of hits in the 1970s, including Jaanwar Aur Insaan (1972), Kabhi Kabhie (1976) and Trishna (1979), saw him become a major star alongside the likes of Amitabh Bachchan, with whom he co-starrred in Kabhi Kabhie as well as Trishul (1978) and Kaala Patthar (1979). He won several national film awards and was awarded the Padma Bhushan civilian honour by the Indian government in 2011. He also acted in a number of British and American films.

In journalist and New York Indian Film Festival director Aseem Chhabra’s biography, Shashi Kapoor: The Householder, the Star, colleagues and family remember a life well spent, a star who was always gracious and had a deep love for acting.

Despite the legacy of his family, Shashi started with mundane work at Prithvi Theatres. Shashi met Jennifer Kendal, daughter of Geoffrey Kendal, the patriarch of Shakespeareana Theatre Company in Prithvi Theatre. As Shashi and Jennifer fell in love, Jennifer eventually left her father’s side and his company after Geoffrey’s disapproval of their affair. 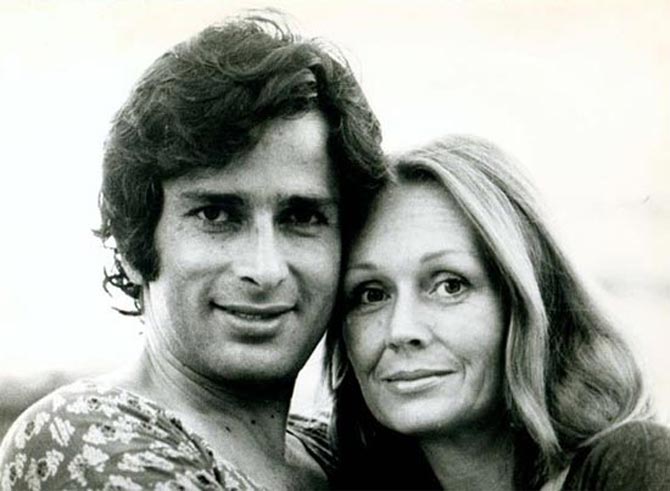 In July 1958, Shashi married Jennifer Kendal and they acted in a number of films together, most notably in the Merchant Ivory productions.

He had three children with Kendal; Karan Kapoor, Kunal Kapoor and Sanjana Kapoor. Kendal died of cancer in 1984. After his wife’s death, he became de-motivated and started to put on weight. He looked slim and fit in his films till 1985. The English actress Felicity Kendal is his sister-in-law. 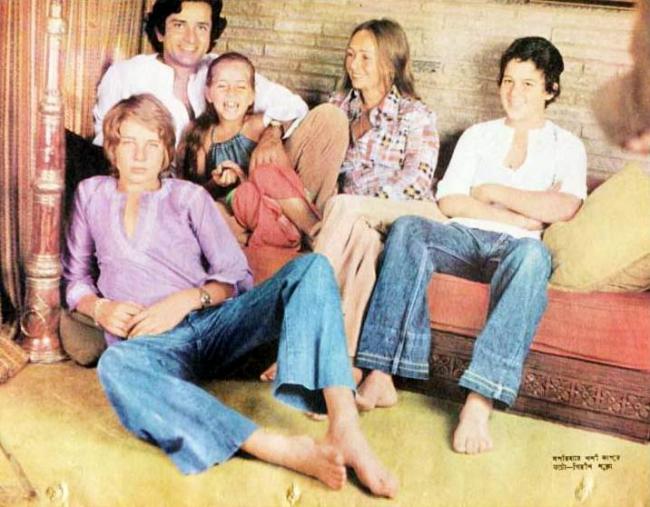 The book tells that Shashi worked hard in the movies to ensure a good life for his family, and ensured he was at the breakfast table at 7am every morning. When his wife Jennifer passed away in 1984, he was heartbroken, becoming a “complete mess” and postponing the filming of New Delhi Times.

According to the book, his son Kunal once said that after his mother’s passing, Shashi took a boat out to the sea in Goa and wept uncontrollably, alone.With Jennifer gone, Shashi Kapoor lost his youth and will to live.

The book tells that in his later years, without Jennifer’s strict control of his diet, Kapoor fell prey to his two vices, alcohol and food. The children requested friend Anil Dharker to hang around him to ensure he drinks less. However, a heart stroke led to partial paralysis, and the actor suffered from dementia.

Despite the extraordinary background and family’s influence, Shashi Kapoor worked up the Bollywood ladder like an outsider would.

The Householder, his first movie with Merchant Ivory Productions, was released in 1963.

The most prominent of Kapoor’s crossover films are The Householder, Heat and Dust and Siddhartha. In The Householder, based on Ruth Prawer Jhabvala’s book, Shashi Kapoor plays a Hindi school teacher, Prem Sagar, grappling with mundane problems.

In Heat and Dust, Kapoor played the role of a nawab who falls in love with the wife of a British civil servant. Siddhartha is perhaps the most remembered in the Indian imagination because of the nude scenes of Kapoor and Simi Garewal. It was produced by Avon heir Conrad Rooks.

As an actor who grew up with legacy as well as training, he was known for being a spontaneous artist whose best performances came when his roles were well etched out. He could astound even in the most minute of roles; whether as a suffering child protagonist in “Awara” or the driver in “Waqt” or the middle-aged man in “Doosra Aadmi”. However, if people applauded his versatility in “Dharmputra”, “Aamne Saamne”, “Jab Jab Phool Khile”, “Householder”, “Bombay Talkies”, “Kalyug”, “New Delhi Times”, “Vijeta”, “Junoon”, “Kabhi-Kabhie” or “Deewar”, they were equally mystified and offended by his presence in mediocre films like “Shaan”, “Faqira”, “Saalakhein” and umpteen others where he just went through the motions. But that was his passion for acting.