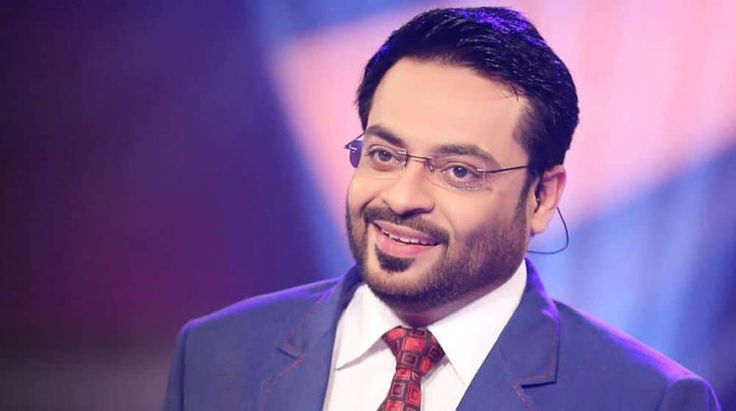 Aamir Liaquat Husain, a popular and controversial television personality announced his resignation from Bol Network on the micro-blogging website Twitter on November 18. Although he has many followers in the world, he received his share of criticism for what some called a publicity stunt.

In a tweet, Liaquat said, “The journey has come to an end & not a friendly end. Now I am not part of #BOL. They owe me my dues. #KhudaHafizBOL”. He further said that he had returned all the commodities provided to him by the company except a car which he said he would return upon the payment of his dues.

He also uploaded a video in which he apologised to all those he had offended on his television show “Aisa Nahi Chalay Ga”. He added that he was forced to say the things he said in the show. Whatever the reason for his resignation was, he succeeded in sparking a controversy on social media and people did not hold back from expressing their anger over yet another ‘stunt’. They called for him to be banned from television forever and highlighted the hate speech he had spewed in his show against the bloggers who went missing amidst accusations of blasphemy.

In 2008, he hosted a television show in which a cleric incited people to act against the Ahmaddiya community and a day later two high profile Ahmadis were shot dead. Similarly, in 2014, Liaquat had invited a religious cleric on his show who deliberately made hateful comments against the religious minorities. A few days later, an Ahmadi was killed.

Liaquat pulls such stunts compulsively. He was banned earlier this year for violating PEMRA’s rules and regulations in the guise of freedom of speech. Just when his followers thought that he had established himself at Bol Network, he left the company. Tomorrow, he will do the same for the sake of publicity and people would forget about it only after a week.

Liaquat said that one of the biggest reasons for his resignation was the disclaimer that Bol displayed on the screen before his show telling the viewers that the views expressed were that of the host and not the company. Liaquat alleged that he was speaking what Bol wanted him to say and asked why the disclaimer was shown.

Bol Network responded by calling his behaviour non-professional. They too responded to his allegations in a similar manner which itself is ironic because it would have been more professional to approach the courts against Liaquat instead.

I believe that there it is important for the issue to be investigated to expose the real culprit because Liaquat also alleged that Bol Network was involved in blackmailing. If the company is at fault then action should be taken against it and if Liaquat is the one to blame then he should be banned because if he is allowed to continue like this then he would only mislead the people further.