Media handlers believe they can manipulate television at a whim-whenever and wherever needed. They feel the jugular vein of television media is at their disposal

Pakistan television was the sole television channel in Pakistan till 2002. And, what an era that was! A legacy of heartfelt memories, emotional attachment, restless yearning that could only have been created by selfless workers with a purpose that was larger than life. The patriotism PTV exuded was unparalleled, the portrayal of the society was holistic, complete and thorough. There was hardly any debate on ethical and cultural sabotage and annihilation through TV media. Instead, it was a place of erudition; a place where the canvass of learning was limitless.

The world post 2002 is clearly different. But the point of contention to ruminate is if the change is for good. The proliferation of television media channels induced by its privatisation did bring an end to the state’s monopoly over this medium. The need for regulation-and thus the formation of PEMRA — was not needed previously. Since, the model of private media channel operation and revenue generation is poles apart from state media, a shift in objectives and priorities was expected.

Commercialism took a leading role in being the primary influencer in television channel decision making and portrayal, and clash of interests bode ill for the society. Television Rating Point (TRP) came out as a facile metric to gauge the viewership of individual TV channels, and choosing channels for advertisements got even simpler.

TV channels are vulnerable to commercial interests. It is their revenue stream. As they say everything’s fair in love and war: it is the war of TRPs. Taking advantage of how the environment has shaped up, some media evangelists ‘journalists-cum-analyst-cum-television anchor-cum-religiouscult leader-cum-gameshow hosts’ have made a mockery of the entire industry. It is tantamount to a three-in-one or even a five-in-one package. A one size fits all kind of wearable. It is analogous to an electable in politics. Even though, every party abhors this breed of journalists only until they join their party to buttress more viewership. This is much like the electorates who are known to have a certain thousand voters in their pockets. When the party votes aggregate with the electorate votes, bingo!

Another argument that is often raised and has become no less than a cliché places the entire responsibility for the drama shaped as news, or news as drama, on the viewers

Sensationalism along with argumentum ad passions is employed by the media handlers. Media handlers believe they can manipulate television at a whim-whenever and wherever needed. They feel the jugular vein of television media is at their disposal. Since, these evangelists have a grip over certain viewership that is loyal to them and switches to any channel wherever existent. A quick fix for any channel, especially a dying entity, is to get hold of a pool of TRPs fashioned as journalists.

Another argument that is often raised and has become no less than a cliché places the entire responsibility of the drama shaped as news or news as drama on the viewers. The media defenders blame the viewers for watching these channels. They insist that the power of a remote control is manifest. It is quite similar to the narrative that the politicians, especially the incumbent ruling party has formulated that the sanctity of the vote should be respected and five people should not be allowed to dismiss someone elected from millions of votes as if five people have dismissed millions of votes.

What’s not being said is that these five men constitute the essence of the country’s judicial system. They are the judges of the Supreme Court — the highest constitutional court of the country. 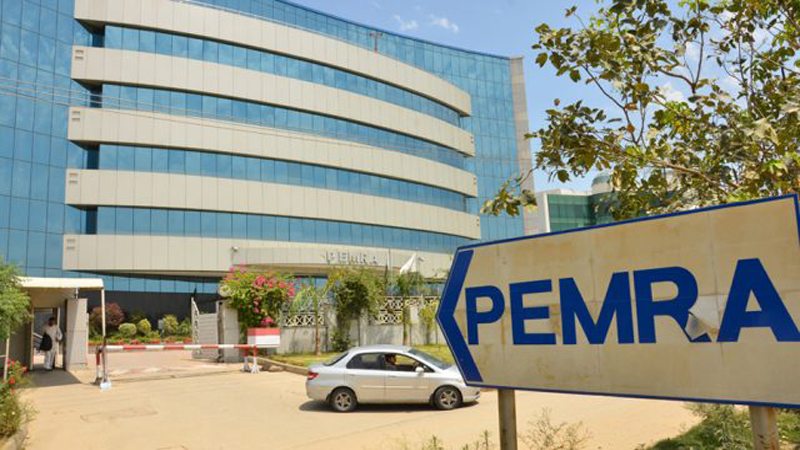 What kind of pseudo democracy are our politicians trying to build without the check and balances of judiciary? Is voting complete democracy? In the same vein, if the remote is the ultimate test to base every decision on, then what is the need for PEMRA? Let’s disband it. As per the argument, there is no need for regulation as people will express their decision though a remote control.

Thus, the argument discussed earlier is flawed as in a true democratic society, checks and balances of the judiciary are one of the vital pillars on which the structure and the system stand. Unbridled action can be an aspiration but, in the longer term, the role of checks and balances is indispensable, or else the system of democracy will do without the need of a judiciary.

Leaving it to the remote control will not do any good. The epoch of private television channels was indeed a positive development for Pakistan. It is an industry that has created several job opportunities.

Private media channels have indisputably highlighted the social ills of our society which would otherwise have gone unnoticed and unchecked. The awareness it has brought within the masses is commendable. But, let’s not let this boon become a bane. Let’s not allow commercial blackmailers to hijack the media industry.

The media corporations themselves should realise and play a role in keeping the sanctity of the profession alive. The space provided to these types of journalists and anchors on national media should be restricted.