The shocking math of the Republican tax plan 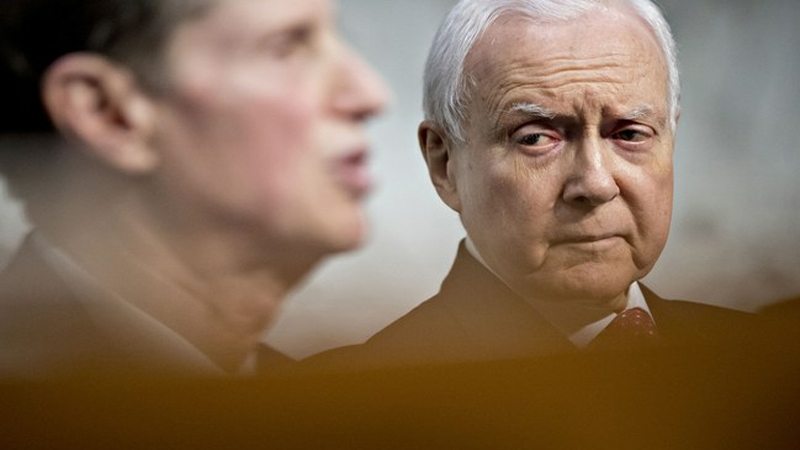 If it gives us nothing else positive, the Republican tax plan-and, in its Senate form, the health-care repeal-at least provides clarity. There is no debate. The middle class will, in the long run, pay more in taxes than under current law, and the rich will pay less. For a brief moment last week, there did seem to be space for discussion, in the form of a disagreement between the centrist and highly regarded Tax Policy Center and the Tax Foundation, a pro-business group that is generally seen as more biased. Even if poorly matched, having two groups with similar, boring names set the stage for the appearance of a two-handed tax debate. One side says it helps the rich, hurts everyone else, and will lead to a bigger deficit; the other side says the opposite. Our media and political system has long viewed economic policy-and, especially, taxation-as the equivalent of “American Idol.” There is a group of judges, loudly disagreeing, and the home audience can pick whichever side they like, based on whatever criteria they have. In past tax-news cycles (2001, 1993, 1990, 1986 .?.?. ), there were enough serious, respected economists on both sides to make it seem like there was a real, substantive fight over the impact of taxes on jobs and economic growth. (While each individual economist appears to know everything with certainty, as a group, they are surprisingly unsure of the impact of taxes on a nation’s well-being. However, most surveys of economists suggest that virtually none accept the simplistic notion that raising taxes on the rich will cripple an economy.)

Surely, we will have other debates in the future with thoughtful arguments on every side. But not this time. The numbers are in and it’s clear: this tax bill helps the rich and hurts everybody else. Just ask the very people who wrote it. The U.S. Congress Joint Committee on Taxation is run by the chairs of the House Ways and Means Committee and the Senate Finance Committee-Representative Kevin Brady and Senator Orrin Hatch, respectively. The Joint Committee’s reports of this week make startling reading, or as startling as a series of spreadsheets of tax revenue data can be. The report shows that this bill is much like a teaser rate on a new credit card: there are some goodies in the first couple of years, but those disappear fairly quickly, at least for those below the median income. In 2019, the first full year that this bill would be law, the benefits are concentrated on the bottom of the income stream, with middle-class people, on average, paying just under ten per cent less in taxes than they would if the law weren’t passed. With each passing year the benefits shift upward, toward the rich. By 2021, those making between twenty thousand and thirty thousand dollars a year are paying considerably more in taxes, those between thirty thousand and two hundred thousand see their benefit shrinking, and those making more start to see their taxes falling. By 2027, every income level below seventy-five thousand dollars a year sees a tax increase, while everybody above that level sees a continued decrease, with the greatest cut in taxes accruing to those making more than a million dollars a year.

The report shows that the rich benefit and the poor are hurt in every way that it measures. For example, the effective tax rate-meaning the percentage that people, on average, actually pay after they take all deductions-changes in a precisely regressive form. The poorer you are, the higher your effective rate will rise. By 2027, only those making a hundred thousand a year or more will see an actual cut in their effective tax rate. And, as could be expected by now, the more they make, the greater the cut in their effective rate. By 2025, there is a direct transfer of money from the poor to the rich and corporations. This is not a flaw but the whole point, Harvard’s Martin Feldstein argues. Feldstein is, arguably, the single most widely respected Republican-leaning scholar of tax policy, and one of the few academics who came out in favor of the bill, in a Wall Street Journal op-ed. His defense, though, should not give much comfort to the bill’s proponents. He argues that cutting individual tax rates won’t increase economic growth and will add to the deficit-which, he acknowledges, is a bad thing. But he’s so excited about the corporate tax-rate cut that he thinks the bill should pass nonetheless. This is an odd stance, since the corporate rate cuts are about a third the size of the individual cuts.

That is the state of debate on this current bill. Its most respected defender acknowledges that three-quarters of the benefit are a wasted, harmful gift for the rich, but a quarter of the benefit goes to corporations, and we must assume they will spend it wisely.