It is war, stupid!

Collusion by America, India and Afghanistan against Pakistan is unlikely to end soon as it is directly linked to China’s vibrant investment in Pakistan

On 6 November 2017, unidentified culprits riding on a motorcycle shot dead Rana Nayar Iqbal, a diplomatic staff member at Pakistan’s consulate in Jalalabad city. The Pakistan foreign ministry summoned the Afghan chargé d’affaires in Islamabad and handed over a démarche. Earlier in July 2017, two diplomatic officials from the same mission were kidnapped but were recovered after about a month’s captivity.

This is not the first time Pakistan’s diplomatic missions in Afghanistan have been targeted. Back in 1995 Pakistan’s embassy in Kabul was attacked in which at least one person was killed and several others including an ambassador were injured. In July 2003, a mob of around five hundred people attacked the Pakistani embassy in Kabul while chanting ‘death to Pakistan’. They the ransacked the embassy, shattered windows and set a Pakistani flag on fire. Keeping with diplomatic norms, Pakistan registered a strong protest with Afghan authorities. The mob was protesting against border skirmishes between Afghan and Pakistan border security forces. Later, then Afghan President Hamid Karzai apologised for the incident.

This time the Khorasan chapter of the Islamic State claimed responsibility for the gruesome murder of the diplomat. The security and safety of diplomats is the responsibility of the host country. Recently, there has been a perceived semblance of thaw in the otherwise tense relations between Pakistan and Afghanistan. This gruesome act might have been committed with the aim to put more strain on the mutual relations between the two countries. IS has other highly vulnerable targets in Afghanistan which it could attack but the outfit preferred to attack the Pakistani diplomat. It is possible that groups like the Tehreek-e-Taliban Pakistan (TTP) and IS in Afghanistan may be working against Pakistan together in Afghanistan. A long held perception is that the Afghan intelligence service known as the National Directorate of Security (NDS) and the premier Indian intelligence agency known as the Research and Analysis Wing (RAW) have been working together. This connection is both unhelpful and intriguing for Pakistan. There is no bar to look for a complicity of the two in this dastardly act by IS militants.

The emergence of IS in Afghanistan is a reality but most troubling is the disclosure made by Hamid Karzai, the former President of Afghanistan in his recent interview with Russia Today that IS flourished under the nose of American forces. This is an unambiguous hint that IS is under the thumb of Americans. If one is to believe in Karzai’s theory, one feels comfortable to conjecture up that IS or some of its elements in Afghanistan are operating under certain understanding with America. In May this year a Chinese couple was kidnapped from Quetta and later their dead-bodies were recovered.

IS militants being responsible for gruesome murder of the couple were targeted by Pakistani security forces in Mastung general area in which militants suffered heavy losses. IS is having its central command infrastructure in Afghanistan. Similarly, TTP has also been incapacitated in Pakistan as a result of security forces successful operations across length and breadth of the country but the outfit’s leadership under Mullah Fazlullah is sitting intact in Afghanistan. TTP now involves itself in targeting Pakistani check-posts along Pak-Afghan border and other sporadic attacks inside Pakistan. It claimed the recent suicide attack on AIG Hamid Shakeel in Quetta in which an officer and two of his subordinates were martyred.

There are no two opinions with regard to America’s ‘policy shift’ in South Asia. It drifted away from its decades old ally Pakistan and got closer to India, the nemesis of Pakistan. The latter naturally has been trying to adjust itself to the emerging situation. Pakistan’s closeness with China, developing friendship with Russia, friendly gestures towards Iran and deepening friendship with Turkey are disconcerting for America. Of these, Islamabad’s thriving relations with Beijing is causing most discomfort to America. 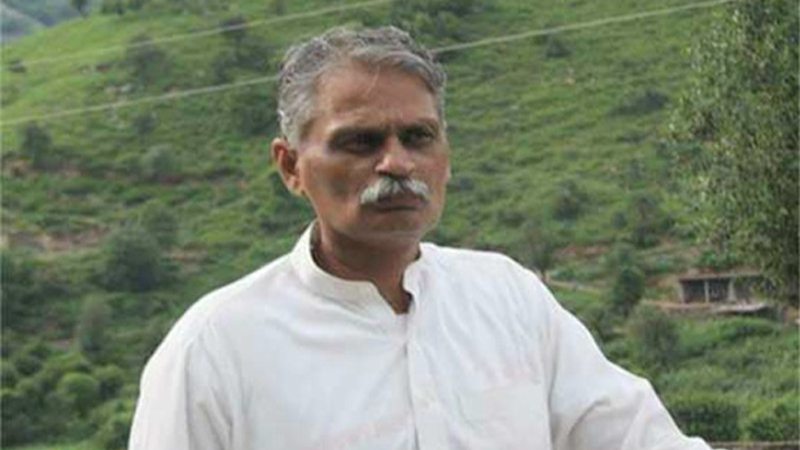 USA is adamant to obstruct China’s rising regional stature and is determined to hinder it’s emergence as a world hegemon. On the other hand, America is in a difficult situation on North Korean issue and is keen to see China’s support since China is a major source of support for Pyongyang in its ongoing wrangle with Washington. China has been facing US abetted disturbance in the South China Sea. Similarly, its mega project CPEC (China Pakistan Economic Corridor) here is also hitting the snags in line with US policy. That said until there is some possible rapprochement between the two countries the US will continue to create troubles for Pakistan using it’s proxies.

Unlike his predecessor President Donald Trump evinced his interest to indefinitely prolong US stay in Afghanistan. More troops have been committed for Afghanistan to train Afghan forces and to participate in anti-militants operations. Pakistan’s concerns appear to be genuine as both Baloch dissidents and TTP militants are enjoying active abetment in Afghan soil. Though the American leadership has categorically said that India will not given any security related role in Afghanistan, it is difficult to ignore the frequent reports suggesting murky activities of Indian diplomatic missions in Afghanistan.

The apparent collusive role of countries namely America, India and Afghanistan against Pakistan is unlikely to end soon as it is directly linked with China’s vibrant investment, which is encouraged by Pakistan. The rise in cross border ambushes on Pakistan’s security patrols and check-posts from Afghanistan, Indian forces targeting the civilian population across the LOC and Working Boundary, and attacks on law enforcement agencies in Balochistan are not part of some isolated phenomena. In the face of this melee, Pakistan has to exercise enhanced vigilance to thwart the ongoing onslaught denting its internal security. It is war, stupid!