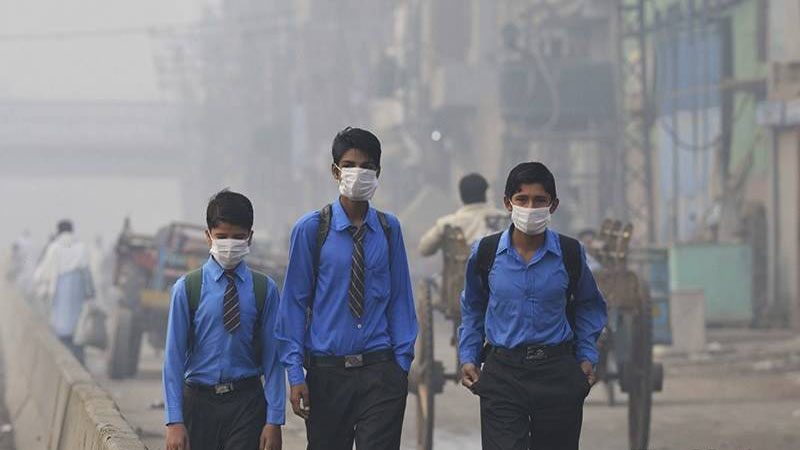 Lahore: The provincial government of the Punjab has prepared a policy to deal with the recurring problem of smog at this time of the year. The draft for the Policy on Controlling Smog 2017 has been prepared in consultation with the Environmental Protection Council (EPC) headed by Chief Minister Shehbaz Sharif and featuring 35 leading environmental experts on its board. These experts are responsible for providing expertise and advice on policy formation.

When Daily Times contacted a member of the board to seek his opinion on the draft, environmental lawyer Rafay Alam said it was hastily drawn out without proper consultation with the stakeholders as well as experts.

He said board members were given only a two-day notice to make themselves available for the meeting where the draft was to be reviewed. Resultantly, he and many others on the council were unable to attend the meeting to review the draft

“The lack of time given to the experts on the panel to deliberate on the policy has led to a hastily drawn out draft,” he said.

“The council was formed in 2012 with members from industries, academia and experts but it has since met only twice,” he said.

Alam said the draft had been prepared after the Lahore High Court ordered the EPC to formulate a policy to deal with the issue following last year’s spell of smog.

“Last year, the Punjab EPD possessed just one air quality monitoring metre for the city of Lahore. This year they have bought four more metres but these are still insufficient for the city,” he said. “No policy will be effective in tackling smog without adequate air quality monitoring equipment that can accurately tell us about the major pollutants in the city’s air,” he said.

“Unless we have metres, we cannot determine the exact source of air pollution. What would be the point of stopping farmers from burning crops if the actual problem is emissions from cars?” he asked. Controlling crop fires across the province is one of the key short-term measures mentioned in the policy draft available on the Environment Protection Department website.

Alam stressed the need to accurately identify the pollutants before proceeding with measures to control them. “We need to know if Lahore’s air pollution comes from emissions, crop burning or industrial activity. The metres can tell what’s in the air. Once we know the exact composition then we can find devise a solution,” he said.

Alam said there was a lack of political will to proceed on the issue. “When dengue fever hit Lahore, there was an immediate effort to clean up all stagnant water, and two years after the first major outbreak of the fever in the province, we were able to control it. “Regarding smog, there is not enough political will yet even though the Lahore High Court has also taken notice of the matter,” he said.

He said the private sector needs to be brought on board as well to invest in pollution control equipment. “The industry will need to be convinced to work for greener and more sustainable development. All stakeholders need to be involved,” he said.

Another problem identified by Alam was that the provincial government had previously not dealt with an issue of such a scale. “Air quality poses a management and governance problem of a scale that has not been dealt with by the government in the past. It is an integrated problem that cuts across sectors,” he said.

Another environmentalist Munir Ahmed who operates a non-government organisation based in Islamabad was sceptical that the policy would be translated into actions.

“We are good at making policies but our implementation mechanisms are poor,” he said.

Ahmed held that environmental watchdogs needed to be strengthened to control pollution effectively.

“The smog issue has been around for a while and it is no longer a local phenomenon. It has spread over the region and is now a trans-boundary challenge,” he said. “The biggest pollutants in the Punjab are automobiles. The industry also lacks any environmental regulation. Untreated industrial waste, sewage and solid waste all contribute to the problem,” he said.

“No step has been taken over the years to reduce air pollution. Instead, we are now seeing installation of coal-fired power plants in Punjab. This will intensify the problem. I strongly believe that the provincial government is ill-prepared to control the smog,” he said.

Ahmed resonated with Alam as he said that the provincial government needed to improve its ability to monitor air quality if it was interested in controlling smog. “It should set an example by developing a well-equipped, independent environment protection agency staffed with experts answerable to the legislature alone, not to the executive branch,” he said.

However, when contacted, the EPD spokesperson maintained that six metres were enough for the time being. He said more metres would be installed when funds were available for the purpose.

with additional reporting by imran chaudhry