How long will India turn a blind eye to the Kashmir Issue? 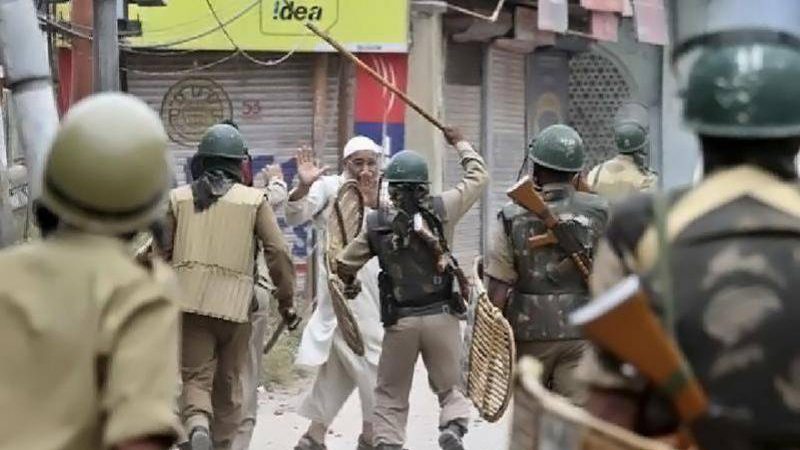 Seventy years have gone by, yet the world refuses to hear the cries of thousands of mothers who have lost their sons; the screams of women who have been gang raped; the weeping of the orphaned who have been left without a shelter, and the plea of Kashmiris altogether for self-determination.

27th October, will be observed as ‘Black Day’, as on this very day in 1947 the Indian army occupied Kashmir against the wishes of the aborigines. This year will mark 70 years of subjugation of the Kashmiris. Demonstration and peaceful protests will be witnessed not only on both sides of the Line of Control (LOC), but across the world. Thus reminding India, that Kashmir is not alone in its struggle and has the support of millions worldwide.

To this date, thousands of lives have been sacrificed to Indian brutality.

The use of pellet guns by Indian armed forces(IAF), blinding scores of Kashmiris who are armed with nothing but stones, is an unprecedented expression of state violence.

The draconian laws, like Armed Forces Special Power Act (AFSPA) and the Prevention of Terrorism Act (POTA), are some of the tactics used by New Delhi, which have not only cost many Kashmiris their lives but have also made them miserable. Hence, no one is safe at the hands of Indian cruelty.

Whenever Pakistan brings about the issue of Kashmir to the forefront by showing India’s hideous face and the heinous tortures it inflicts on the helpless Kashmiris, India plays petty politics turning the tables on Pakistan calling it an “export factory of Terrorism”.

However, as Maleeha Lodhi said on September 24 at the United Nations General Assembly (UNGA), “India can not hide behind semantics. Any interstate dispute, like Kashmiris, is by definition an international dispute. If the parties fail to resolve a dispute, the UN and the international community has not only the right but the obligation to influence and help to resolve the dispute”.

The international community must work together and get the people of Kashmir what they strive for; their undeniable right to self-determination. Also stated in Article 01 of the UN charter, Indian atrocities must be deplored internationally.

No more is Kashmir just a piece of land that India wants to occupy, but it has become an issue of satisfying India’s ego as India can not handle defeat at the hands of Pakistan. This deep rooted approach has made it even harder for Kashmiris to break free of India.

India cannot remain silent on the Kashmir issue anymore. New Delhi must sought to a bilateral comprehension dialogue with Islamabad and stop this massive violation of human rights. It is high time Kashmiris are given what is rightfully theirs: Kashmir.

The writer is a freelancer and can be reached at shafaq_91@hotmail.com