‘Romance is not the theme to write poetry on’

Globally, poetry has drifted from themes like love and romance to politics, terrorism and poverty 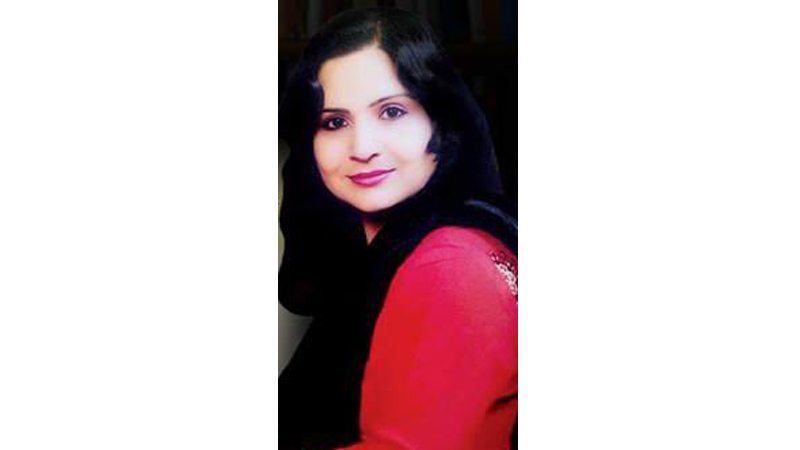 I have enjoyed two ghazals with radif, one by Basir Kazmi and the other by Lubna Safdar. The first one is by Basir Kazmi with its matla ‘Bala Se Gar Shab-e-Hijran Main Jal Bujhain Ankhain / Raha Na Dil Hi Salamat Tau Kyun Rahain Ankhain’ (I give a damn if eyes are lost by crying as when heart is not alive, then why should eyes remain intact?)

The second ghazal that this reviewer has enjoyed with radif is by Lubna Safdar in his book Tum Muhabbat Ka Ista’araa Ho published by Hassan Abbasi of Nastaleeq Matbuaat, Lahore. One couplet of this ghazal is ‘Khul Ke Roti Hain Jab Bhi Roti Hain / Faisalon Se Bandhi Hui Ankhain’ (Eyes weep with full passion when they are stuck with the decisions not made by them).

Internationally, the trend of writing poetry has drifted from love-poems to the other themes as so much is going around the globe nowadays; politics, terrorism, poverty and what not.

It seems that some of our poets concentrate only on love and romance in their work. In Safdar’s book, all except one poem on Abdul Sattar Edhi are on such themes

It seems that, some of our poets’ especially female ones are oblivious of such happenings and are concentrating on love themes only. In Safdar’s book, all except one on Abdul Sattar Edhi in ghazal format on Page 171 is on a different theme. Matla of one of her ghazals is also different. It says, “Ghareebon Ko Ghata Mehngi Parri / Ke Barish Ki Dua Mehngi Parri”. Naturally the poor with their mud houses cannot sustain heavy downpour. Even the modern houses in Texas of rich countries like the United States could not sustain the onslaught of hurricane Harvey in August. With these exceptions, Safdar is one such poetess who is good in traditional love-themes. She says, “Kaise Tum Bin Guzara Ho / Tum Muhabbat Ka Istaara Ho” (how can I live without you as you are metaphor of love). Naturally with her strong belief in the strength of love, she would prefer to express all the affiliated feelings with love in her poetry. Emotions rule her heart, not mind. She says, “Kisi Se Yun Muhabbat Kar Rahi Hu / Yu Lagta Hai Ibadat Kar Rahi Hu” (Loving somebody makes me feel as though I am worshipping) – Page 51 and “Dil Pe Jazbon Ka Raaj Hai Sahib / Ishq Apna Mizaaj Hai Sahib” (Emotions rule my heart as love is in my temperament). The word ‘Sahib’ (Mr) is one of her favourite radifs. Safdar’s poetry reminds me of a ghazal by Parveen Shakir. She says, “Kaamal-e-Zabt Ko Khud Bhi Azmaungi / Main Apne Haath Se Uski Dulhan Sajaungi / Woh Keya Geya Rafaqat Ke Saray Lutf Hi gaye / Main Kis Se Rooth Sakungi, Kisey Manaungi’ (I shall test the epoch of my love by making a bride for my beloved. With his departure, the joy of making up with him after getting annoyed is gone).

While tracing the background on love-themes and its dual connotations, an extract of Shamsur Rahman Farooqi in his submission titled ‘Conventions of Love, Love of Conventions: Urdu Love Poetry in the 18th Century’ is hereby referred to. He mentions “Many advantages accrued to ‘Rekhta’ from the discovery about the dual nature of meaning. For our purposes, the most important seems to have been the change in the ontological status of the lover and the beloved. Now, the lover in the poem need not have been the poet himself, nor did the beloved necessarily have to be a ‘real’ or ‘real-like’ person. In the Deccan, Dakani/Hindi poets often spoke in the female voice—poets like Hashimi Bijapuri consistently adopted the female persona in the ghazal. Others moved freely from one persona to the other. The recognition of the poem being able to split in ‘What is it about?’ and ‘What does it mean?’ meant that the poet could assume any persona—now it was not, for instance, Wali the person, the poet was only the articulator of that voice. Again, if the poem could mean something else, or more, or different, from what it was about, the person or object or thing about whom, or as a result of transactions with whom, the poem came into existence, did not need to be fixed in any particular gender, for then that would tend to limit the ‘meaning’ aspect of the poem. The great 19th century Urdu poet Ghalib made this point nicely, more than two centuries later. Qadr Bilgrami, a pupil of his, sent him a ghazal for correction. The ‘matla’ (opening verse) can be translated as follows: You brought me into the world and gave me the poison of mortality. What a pity! You cheated, leaving me alone in this maze. Ghalib wrote back, “Tell me, who is it you are addressing here? Except for Fate and Destiny, none else, no boy, no woman, can be imagined to be the addressee. So I changed the person of the verb to plural. Now the utterance is directed equally to the worldly beloveds, and fate and destiny.” So in Safdar’s case we assume the love in its first meaning, the singular, not the plural form. Attaul Haq Qasmi observes that after reading Safdar’s poetry, he can vouch for the fact that saying poetry is not a part-time job; it is a full time activity. He adds that the way Safdar ornaments her poetry is like she is preparing her doll for marriage. 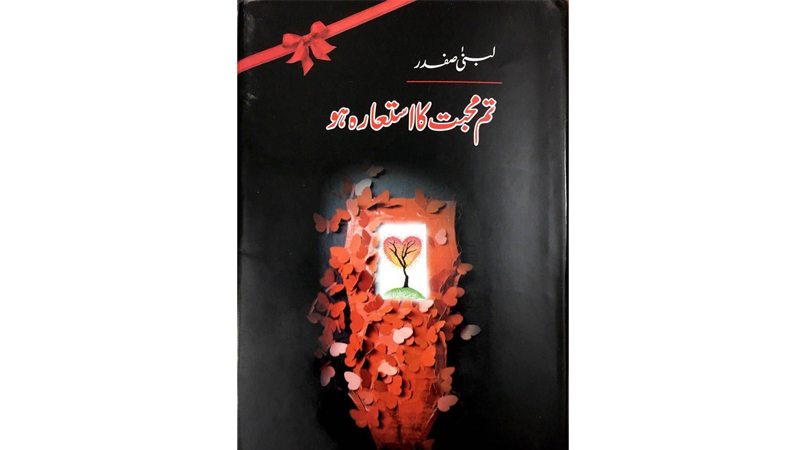 After quoting Safdar’s couplets such as “Kaghazon Par Nazar Nahi Aate / She’r Jo Ansuon Kei Ander Hain’ (Poetry is not visible on the paper that is hidden behind the tears), Amjad Islam Amjad comments that Safdar has entered into the domain of poetry to stay there for some time. We wish her luck.