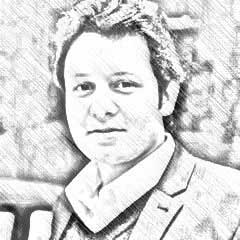 The downsides with upsides

A government job is a highly coveted employment that each and every other individual dreams and endeavors for. Not everyone is fortunate enough to secure one but those that are able to do so do, it for a myriad of opportunistic reasons: namely, to embark a life that is free from the danger of getting unemployed with pension funds providing the bread and butter after retirement; a life that allows to use the leverage, dominion, power and authority over the common populace and enjoy the tenor of the rank, influence or status that comes along with; a life that allows countless opportunities to squander the funds from the public exchequer be it a Haj scam, or an EOBI scam, or a rental power projects scam. It seems as if a scam association is a must with almost every public project financed through public exchequer. Even better is the policy of ‘plea bargain’ that permits public servants to fleece at will but with a precondition that if they get caught by National Accountability Bureau (NAB), they will have to share a portion of the seized assets with the state to escape scot-free.

In a place that has institutionalised corruption as a right of a public servants and politicisation of state institutions that has truncated the very roots and bases, it would be an uphill task to uproot the tentacles of collusion that too under the nose of a political set up that ultimately benefits from the status quo formation. It seems highly unlikely that growth of corruption in our society can be stemmed with mere spam text messages of ‘say no to corruption’ directed by the NAB to create a ‘mass awareness campaign’.

An even better, much more effective solution could be executed with certain and guaranteed results and least incremental cost. Every public servant should be obligated through a decree or a legislation to use public facilities, public schools, and public hospitals notwithstanding their ability to afford top-notch available services. Such a policy would mean the progeny of a Punjab provincial Assembly member (MPA) has to be enrolled in Danish Schools for education. If they are not satisfied by the quality of education imparted by the institution, they will use all possible connections and means to get the state of affairs mended. Or else, they have a choice: resign from the sought-after public position to get their child’s admission into a private institution of their liking.

Likewise, if wife of Prime Minister of the country faces cancer illness, it should be determined that the treatment options are only from the public hospitals. Even in case of the disease being fatal, the Prime Minister should resign because it is tantamount to recognition of failure of the government to not even able to provide credible health services indigenously to his/her family, despite being in office and in-charge. If he fails to find suitable medical facilities for his own family in the country, how will he be of any noble service to the public at large?

Every public servant should be obligated through a decree or a legislation to use public facilities — schools and hospitals — for their families’ needs, regardless of their ability to afford private services

Despite the behemoth of corruption, this will still ensure that public facilities do not slack in standard or quality. The argument that corruption bars the investment in human resource development projects due to the low level of tax collection or signature infrastructure projects get the funds siphoned off from the public facilities up-keeping will no longer sound relevant. Now because the real sons of the soil, the children of public servants and representatives, will have to utilise the services of public facilities to ensure that public facilities give out the best possible services. Not only will this ensure maintenance of these facilities but also the introduction of the latest global trends, standards and technology will be warranted. So, the neglected system prevalent here that has always yearned for ownership will get better through a self-correcting mechanism; self-correcting because the person responsible for bringing change is the affected as well. As it is widely known ‘Only the wearer knows where the shoe pinches’, the system can only be improved if public representatives and public services wear the shoes and thereby get to feel the pinch.

On the face of it, the policy may look absurd, even a lucid dream, but that is the only way out for proper utilisation of public taxes, checking corruption and tumbling the Berlin wall dividing the chasm between public from private social services.