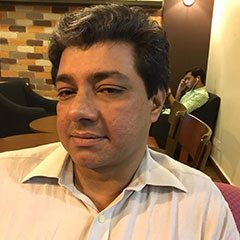 Article 51 of the Constitution read with Section 7 of the Delimitation of Constituencies Act, 1974 (Delimitation Act) caps the total number of seats to 342 in the National Assembly. Except for 10 fixed seats for minorities, the allocation of total seats to each Province, FATA and the Federal Capital including general and women seats has been set on the basis of population in accordance with the last preceding census which was officially published in 1998.

The Chief Census Commissioner has announced that the census’s provisional results will be available by end July 2017 and officially published results by April 2018. Hence, the Election Commission of Pakistan (ECP) has announced that fresh delimitation before the next general elections scheduled for 2018 is nearly impossible and plans to conduct the elections on the previous census’s delimitation

If the aforesaid issue is not resolved by the Government, Parliament and political parties, it can lead to a new constitutional crisis leading to litigation and having the potential to delay the scheduled polls of 2018.

This is on account of the fact that that term of the present National Assembly expires on 1st June 2018 and officially published results of Census 2017 will be available April 2018. Article 52 of the Constitution fixes the term of the National Assembly to five years and stipulates that the Assembly will stand dissolved at the expiration of its term.

Hence, the 2018 general elections will be unconstitutional and in violation of the Constitution’s Article 51 if delimitation and allocation of seats occurs on basis of 1998 census.

The second dichotomy is that the last delimitation undertaken by the ECP on the basis of the final results of the 1998 census has become outdated and violates the principles of delimitation set out in Section 9 of the Delimitation Act.

This is on account of the fact that several new districts have been carved out in various parts of the country altering the boundaries of administrative units or of districts.

Consequently, several constituencies are overlapping into two districts not only causing immense public inconvenience but such existing constituencies now exist in utter disregard of the principles of delimitation susceptible to successful legal challenge.

Section 9 sets out the cardinal principles of delimitation as(1) distribution of population in geographically compact areas; (2) existing boundaries of administrative units; (3) facilities of communication; (4) public convenience; and (5) other cognate factors to ensure homogeneity in the creation of constituencies.

Section 10-A of the Delimitation Act grants broad and wide discretion to the ECP to make amendments, alterations or modifications in the final list of constituencies as it thinks fit.

There is no legal impediment before the ECP in this regard. If the Government has any vested interest in not responding to these constitutional and legal hurdles, the political parties must seize this challenge before the crisis erupts.

The writer is a graduate of Columbia Law School, former member of the Punjab Assembly and an Advocate, Supreme Court of Pakistan. Comments can be sent to [email protected] 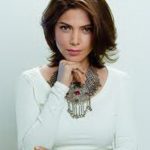