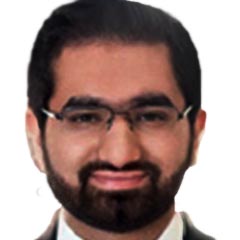 The year is 2019. In a daring coup, the Pakistani cricket team exiled all politicians from the country. Meanwhile, Nawaz Sharif and Imran Khan take a trip down memory lane by walking into a Sheesha bar on Edgeware road in London.

This is a satire piece. Any resemblance to actual persons, living or dead, is purely intentional.

Imran Khan: Nawaz Bhai, I thought I would be the first Pakistani cricketer to become Prime Minister. At least when you did dhandli, I could stage a dharna and bring the house down. But the PCB establishment just kicked all us politicians out of the country. All it took was an umpire’s finger and we’re out… we didn’t even get a review!

Nawaz Sharif: Stop crying like Umar Akmal, Imran! Politics was never for a clean man like you. We should have played politics like cricketers. You should have led like Shahid Afridi, with an all or nothing, governance style. I should have played the long game, with a Misbah style tuktuk knock. Think about it, you go after the shiny things, like a billion tree tsunami and I try to restore the civilian-cricketer imbalance. Instead, all you wanted to talk about was match fixing.

Imran Khan: It’s funny how we realised too late that we’re playing for the same team — Pakistan. Misbah and Afridi had dramatically different styles but they were always playing for the same team. We forgot that in politics. We always disagreed on approach but we were both fighting for a better Pakistan. We should have taken the temperature down ahead of the 2018 elections. It cost our country too much. You should have never spoken out against the PCB establishment.

Nawaz Sharif: Speaking of establishments, what would you like me to order for you… a Virgin Pina Colada?

Nawaz Sharif: Yaar, your sense of humour has really gone down since you started hanging out with Sheikh Rashid. How’s he doing anyway?

Imran Khan: I have to give it to him. Somehow he always manages to become a minister, whenever there’s a technocratic government in place. Always pulling a surgical strike on my heart, that man.

Nawaz Sharif: Lolz. Who would have thought? With Shahid Afridi in government, our growing foreign debt will pause itself like the man’s age.

Imran Khan: And with the Rawalpindi Express getting the contract to build metros and motorways in Punjab, your brother must be thinking why he didn’t think of this while he was in power. Name the metros and motorways after a popular cricketer and people won’t protest or trash the place.

Nawaz Sharif: You know, I never understood why we spent so much time fighting each other versus fighting together for the country.

Imran Khan: It was good politics but we would have been far more effective governing together. Imagine, my energy, leadership and a no nonsense attitude to corruption coupled with your experience as a three time Prime Minister and influence to keep the cricketers playing in the stadium versus the streets.

Nawaz Sharif: Yeah, if I could build a time machine and go back in time, that’s the one thing I would change. Tone down the rhetoric against the PCB establishment and your burger friends as well as the media. But you gave me such little breathing room with your aggressive street politics. I had no choice but to go on the attack.

Imran Khan: Yaar Mian Sahab, I know a Qatari Prince, who’s good with time machines. Want me to give him a call?

Nawaz Sharif: Very funny. I also have Gulalai on speed dial. Let’s not go there.

Nawaz Sharif: Acha, by the way, I have to tell you, for all my anger about you destabilising my government, I really admire your unrelenting persistence and campaign against corruption. You were a force for good in Pakistani politics, despite my differences with you. We made a good team for Pakistan.

Imran Khan: Nawaz bhai, I still don’t like you but I can finally understand your point of view in exile. The beauty of democracy is that we can argue with each other as much as we want. We should have built on each other’s strengths, rather than exploiting each other’s weaknesses. You represent the voice of millions of Pakistanis, as do I. We should have tried to unite our supporters versus trying to make them fight each other.

Nawaz Sharif: If only we could go back in time and lead by example; passionate but polite.

Imran Khan: If only we could go back in time…