The Pakistan Cricket Board (PCB) successfully organises the final of Pakistan Super League in Lahore. A lot was said before the game: whether the match should go ahead after the Mall Road terrorist attack? Is the government capable of providing fool-proof security to the players and can manage such an event in the second largest city in the country?

Those questions were answered with the smooth conduct of the final, amid a fool-proof security. Pakistan has been a cricket crazy nation. It is evident from the fact how people lined up to purchase tickets as soon as they went on sale. The whole event was sold out in a matter of hours.

But cometh the time, the same people did something that certainly was not right for the occasion. During the opening ceremony, when PSL chairman Najam Sethi took to the Mic to thank the authorities and the people of Pakistan for their resilience and showing up in numbers for the final, the crowd’s reaction was anything but supportive. Instead of appreciating the government and the very man behind uniting all these people, only anti-government and anti-Sethi chants were to be heard. They taunted the man and the authorities behind bringing a hope of reviving cricket back home. The irony!

Did the government deserve all the abuse despite being the pillar behind bringing international cricket home? Was the criticism of terming foreign players “phateechar” by a World Cup winning captain was justified?

In Pakistan, there are hardly any sources of entertainment left for the middle- and lower-middle class. The elite is served with the high-end cinemas and restaurants, but the lower classes have been merely left with parks – which haven’t been safe either in recent times.

The numbers that showed up for the PSL final in Lahore are a proof how starved for cricket as well as any sort of entertainment this country is.

Wasn’t the government and the PCB trying do something for the same masses?

Five months down the road, following the announcements of the visits of ICC backed World XI and consequently by Sri Lanka and West Indies, we have the answers to these questions.

Should the PSL final have been held in Lahore?

Yes! Despite all the debate over the security situation and the apprehensions, a step had to be taken to set a precedent that our authorities have the capacity to hold such events. If the ICC Champions Trophy could go on without any hiccups despite the London bridge attacks and Manchester bombings, why not Pakistan then? Yes, there will always be questions, but our authorities put it in front of the world that we have ‘zero fear’.

Should Imran have used the phateechar remark?

No, he shouldn’t have. Those were the baby steps required at that time. The giant steps would have followed later on – and they did, evident from the visits of the World XI, Sri Lanka and West Indies. Being a cricketer himself, Imran Khan should have realised the importance of rehabilitating our grounds, instead of politicising the issue. Is the unnecessary criticism of the government justified despite doing everything to create an enabling environment for the foreign team?

The current government’s tenure has not been smooth in any stretch of imagination since it came into power in 2013. It has faced tumultuous domestic politics, amidst a violent relationship with its neighbours in the region. India has been trying to isolate Pakistan at the international level by whipping up the ante that Pakistan harbours terrorists, and boycotting any sort of peace initiatives.

Amid all this, convincing the foreign boards and players to support the member of cricket fraternity is a mammoth task. And we all know where India has reached till now with its ‘isolating the terrorist nation’ mantra.

The PSL franchises played a major role in bringing the foreign players on board, proving to be the turning point in the minds of the international players. The fool-proof arrangements made by the government were monitored by the visiting ICC security delegation – which they also mentioned during the recent announcement of the World XI tour – terming the arrangements satisfactory.

Sports are a matter of national importance, and the upcoming events must be supported across the board by all the political parties instead of mudslinging on petty points. What happened during the PSL final must not be repeated again.

Pakistani’s must be united in thanking their government and the visiting teams/players for being a stepping stone in the revival of cricket in the country – hence, sending a strong message to the enemy that they cannot dent the resolve of Pakistani’s.

The is not only the success of the PCB, but it also reflects well on the foreign policy of Pakistan – going ahead undeterred despite plots from the enemy nations to keep Pakistan isolated. 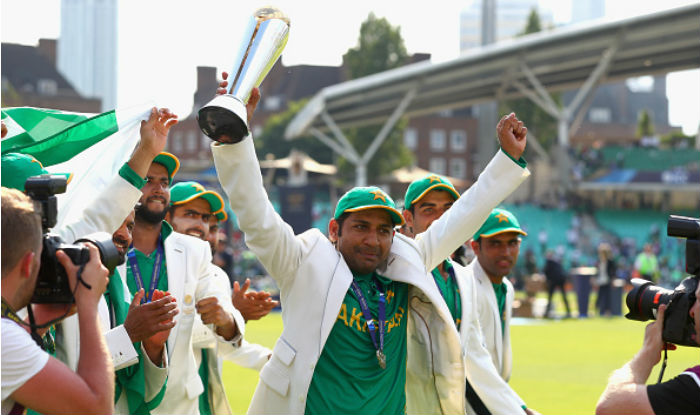 The writer is a freelancer and can be reached at ufaridi@hotmail.com