Khwaja Siras of Pakistan: A Community

The transgender identity is defined in multiple ways in Pakistan. Some refer to it as those people that identify with a different gender as opposed to the one they are physically born with, while for others, Khwaja Sira is an umbrella term that encompasses all gender-variant identities, often called the ‘third-gender’.

Since discussions around sexual orientation and gender identity are mostly considered taboo, conversation around transgender people and their lives are bleak – if any. Despite being legally recognized as the third gender, transgender and intersex people continue to seek a respectable social status. Many people regard a child with a gender-variant identity as a curse from God and they are often disowned by their families and taken in by isolated yet close-knit hijra communities.

In South Asia, “hijra” or “khusra” is a subculture on its own with specific rituals, norms, traditions, and as some say, a language called Farsi kalam. A politer expression for those who are born in the third gender is Khwaja Sira. The terms, however, are broadly and commonly used for transgender women as well as the intersex population. There is little awareness amongst the difference between the two and the law does not clearly differentiate between them either.

Pakistan is one of the few countries that constitutionally recognises the ‘third gender’. Hence, this community of Khwaja Siras, consists of intersex people, transgender men and also transgender women; those whose assigned sex was male but identify more as female and also of those men who believe that they were born with “a woman’s soul.”

In 2009, the Supreme Court issued a ruling that no Pakistani laws should allow for the disenfranchisement of transfolk from their basic rights. It also called upon National Database and Registration Authority (NADRA) in Pakistan to issue ID cards that classified their sex as Khwaja Sira, female Khwaja Sira or Mukhannas. Following this ruling, they could exercise their right to vote and went on to take part in the politics of the country contesting for Federal and Provincial legislature on popular vote.

The lines between the three classifications in the constitution are unclear. Khwaja Siras enjoy the same legal rights as men in terms of inheritance and property. The female Khwaja Siras are provided a status similar to women, and there is no clarity on the legal standing of the third classification–what is known about Mukhannas is that it is an effeminate man with no desires towards women.

The Khwaja Sira form a community of their own where they are not just pillars of support to each other but instead are also activists for better treatment in a society like Pakistan. According to a study conducted by USAID and the Aurat Foundation, the education level amongst the community is very low; more than 34 percent transgender women included in their study were uneducated and the major sources of income of the respondents included dancing, sex-work and begging. 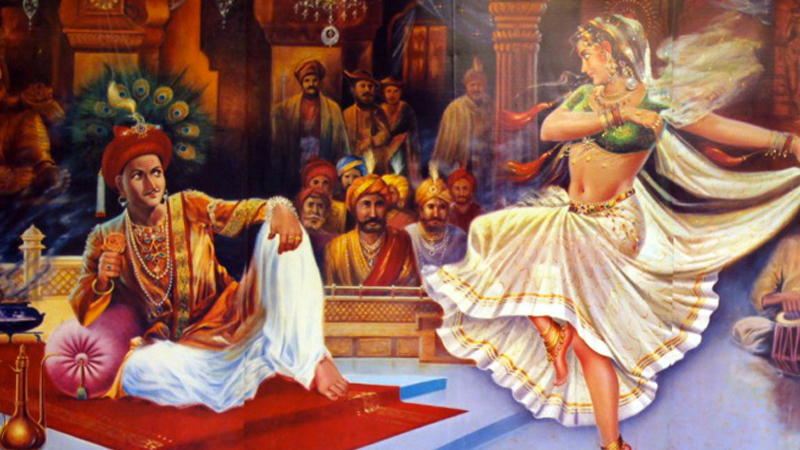 Ancient legends have it that Khwaja Siras’ prayers and curses are answered by God and they are also bestowed with the ability to bring fertility and good fortune to a family. Khwaja Siras enjoyed a respectable position in the Mughal era where they served as caretakers of Mughal harems and in some rural communities, till present day, where they are invited to weddings and on the birth of a child for their blessings. However, their social status has since then deteriorated forcing them into less respectable professions of begging and prostitution.

Despite their strong standing in urban legends and the recognition they recently received in Pakistani law, Khwaja Siras continue to be excommunicated by their families. Intolerance regarding non-conformity towards gender identity and oppression of gender-variant identities are growing issues in Pakistan, as families continue trying to impose a heteronormative structure. Hence, instead of trying to nurture and give a leveled playing field to transfolk, they are banished from the household. Once they lose the family safety-net, they become more vulnerable to dangers like sexual abuse, physical harassment, and mental trauma. This makes the self-sustaining, close-knit groups of Khwaja Siras stick together under the guidance of a leader or guru who nurtures them and raises them acting as the parental figure of the community, or in cases of large communities, a household. 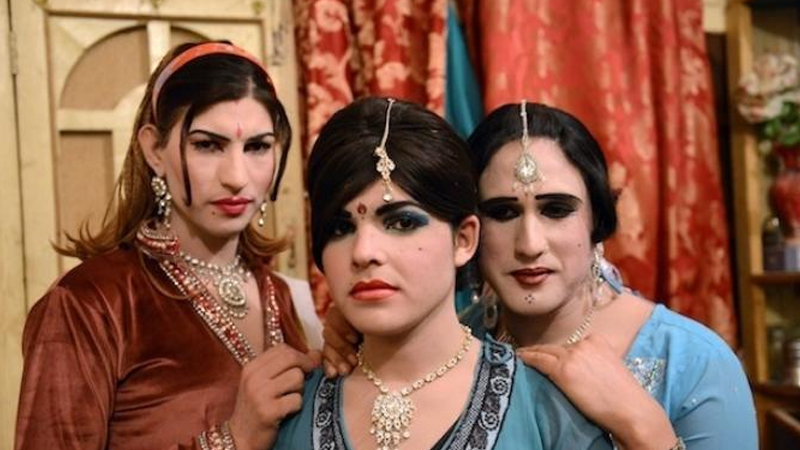 Over the years, several incidents of harassment and abuse at the hands of the policemen and general members of the community have been recorded. Cases of abuses against the Khwaja Sira community are often brushed off with insensitivity and disrespect despite the fact that this community is often the most likely target for rape and sexual assault. In 2016, a transgender woman was denied healthcare in Peshawar and eventually succumbed to gunshot wounds she received. These instances are not isolated in themselves as transgender people continue fighting and protesting for their safety, protection, and respect in the society.

The transfolk community has largely been marginalised and discriminated against with some isolated examples making it to the top such as Kami Sid, who recently modeled for a photo-shoot, and Rimal Ali, a transgender woman who made an appearance in a music video.

The community is often ‘othered’ and portrayed in a derogatory manner because the majority feels unable to relate to them. Khwaja Siras are considered an abnormality or a distortion of the majority’s views of what “normal” or “natural” looks like. To fully assimilate and accept, it is important that we recognize them as humans first and then ponder over anything else.