The addiction of cell phones is giving birth to a society whose members lack in all essential characteristics of a poised personality. This new technology is being used by all, irrespective of gender, financial status, and scholastic background globally.

Mobile phone usage among young adults is becoming more of an infringement than a convenience. It is increasing its dependency and enslaving adolescents, besides arousing in them frustration, anxiety, insomnia etc. Least consideration is given to both mental and physical health, as excessive consumption of this ‘menace’ is making them tardy and lethargic and, ultimately, petulant and isolated. Gradually, a juvenile starts enjoying this state of solitude in which their intimate confidante is the mobile phone. Social life gets meaningless for them; family bondage loses its significance and text talk swaps their physical presence and direct face-to-face talks. Besides this, morals and ethics are diminishing at a rapid pace amongst our young generation, as a majority are seen fiddling with their smart/mobile phones in gatherings. Disproportionate use of mobile technology is tarnishing the personality of our torch bearers at a rapid pace.

Social life gets meaningless for them; family bondage loses its significance and text talk swaps their physical presence and direct face-to-face talks. Disproportionate use of mobile technology is tarnishing the personality of our torch bearers at a rapid pace

The youth are the key sufferers as their excessive addiction to smart phones is making their lives miserable and distressing. The irony is their unawareness of their dejected mental state. Competition to excel in academics is replaced by theoverriding desire to have the latest mobile phone, so as to stand out from the rest. Unable to achieve this false standard is arousing a feeling of jealousy and frustration among them. Many psychological problems — including sleep disorders, as reported by majority of the young adults — are caused by excessive mobile use at night, which is the most appropriate time for gossiping.

Sporadic sleep pattern due to constant mobile vibration and ringtones at night reflects on the user’s mood and behavior in the morning. What majority of males are ignorant about is the high risk of infertility due to excessive usage of mobile technology resulting, in a reduced sperm count in their cells; leading to unproductiveness which, in our society, is not less than a crime as only women are blamed for this — hence, another mental disorder paves way. A cell phone addict expects to get a quick response from the other side as soon as he calls or sends repeated texts, and this apparent aloofnessand strange anxious laden gestures, make them the odd one out in any social gathering.

A human being has an innate liking for beauty, uniqueness and praise in any field of life. So is the case with the latest mobile/smart cell phones, which in certain cases arouse a sense of jealousy, especially if your rival owns a superior set. Jealousy is an extreme state of mental disorder which doesn’t seem to be as hazardous as it is; but if its limits are crossed, crimes can also be committed.

Excessive mobile usage among adolescents needs to be highlighted as it is casting psychological effects of excessive mobile usage adding to the cross cultural differences between the so called mobile phone addicts. The problem is not to solely carry out a research on the psychological disorder of young adults due to excessive use of mobile phones, but the need of the hour is to come up with remedies to solve this problem in an amicable manner. Harsh means for prevention of this disaster is not a solution to this problem, but to create awareness in a friendly and convincing manner might help solve this problem. A developing country like Pakistan cannot afford to let its youth fall prey to this menace, as they are the custodians of a better Pakistan. We realise and get worried about this state of affairs but everyone is tightlipped as we cannot think of any solution. A developed country like United Kingdom will not lose much, in my opinion, as they are much ahead of us in all fields. It does take time to leave an addiction of any kind, but once your mentor or sponsor highlights its drawbacks in a friendly manner — through campaigns and other electronic, print and social media devices — the situation canimprove. 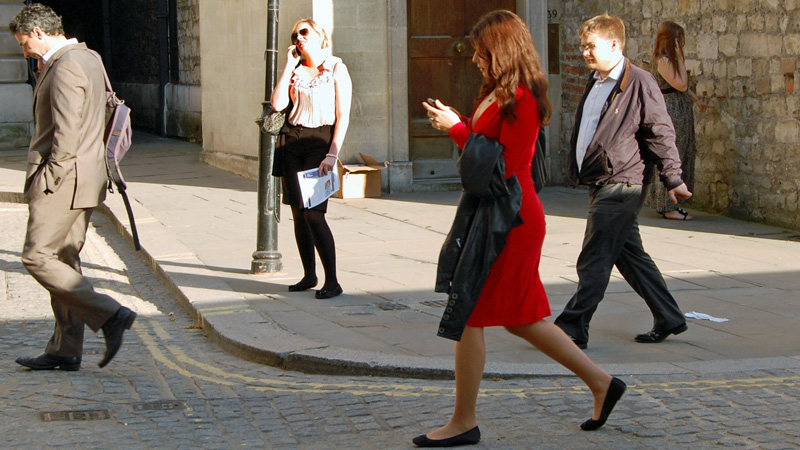 The writer is a social activist and educationist by profession. She has done Masters in Mass Communication, MSc in Film and TV Production and MPhil in Communication Studies