Pakistan’s foreign policy seems to be on a changing course. Much has been written on the successes and failures of its policy, with more focus on highlighting those areas where Pakistan has ostensibly been outdone. For those who criticise the current discourse of Pakistan’s policy there are two major things that need to be highlighted firstly, Pakistan has failed to convince the world about its counter-terrorism efforts; and regionally, India has managed to isolate Pakistan. This is demonstrated from the latter’s relations with Iran, Afghanistan and the US. However, the reality is somewhat different. Pakistan is not isolated, rather it has been realigning its foreign policy, particularly since 2011- the first time the PPP government managed to diversify its ‘friends’ in the international arena.

A few months back, Pakistan managed to achieve a membership of Shanghai Cooperation Organisation (SCO) – by no measure a little achievement. One thing is of importance that the SCO regime works on the basis of consensus, and Pakistan’s permanent membership implies Pakistan’s acceptance in the organisation by Russia and the Central Asian states. True, China has always been an ‘all-weather’ friend of Pakistan, but this time, it was Russia, with whom Pakistan had not been historically very warm due to its role in the US block during Cold War. Russia warmly welcomed Pakistan in the SCO alongside India. It is not a small achievement.

Now, using the SCO platform, Pakistan can share its counter-terrorism experiences with the member-states, particularly Russia and the Central Asian states, for whom the phenomenon of ‘terrorism, extremism and separatism’ have always been a problem. It could deepen the political, economic and cultural ties of Pakistan with the Eurasian belt. Hopefully, in the future, peace in Afghanistan would further embed these countries together amidst China’s OBOR (One Belt One Road) program. And the SCO would provide a platform to both Pakistan and India to resolve their disputes, and the consensus clause in the SCO would make it imperative for Russia and China to provide their ‘good-offices’ in normalising relations between the nuclear-powered neighbours.

Independent of its membership of the SCO — Pakistan has been consolidating its relations with Moscow. Thus the Sino-Russia-Pak axis would play the role of ‘regional stabiliser’, especially in the aftermath of Trump’s Afghan strategy

Independent of the SCO, Pakistan has been building on its relations with Russia. As discussed above, Pak-Russia relations had been a victim of Cold-War politics, with Pakistan in the US bloc and India — maintaining a posture of non-alignment — under Russia’s influence. Recently, things have been changing. While India has realigned itself with the US, Pakistan has been working on improving its relations with Russia. The recent joint military exercises and the energy deals between both the countries show that things are moving towards the right direction. More importantly, Pakistan and Russia’s unanimous stance on the future of Afghanistan displays the common interests between the two countries. And if we add China into this calculus, Pak-Russia-China ties would play a role of ‘regional stabiliser’, especially after Trump’s Afghan strategy.

Regarding Iran, there have been failures in the way Pakistan had handled its regional policy. Culturally and historically, both Pakistan and Iran have a lot in common — common religion, culture, history. Yet both the countries have failed to collaborate on their strategic interests. Taking advantage of Pakistan’s insouciant attitude, India has managed to deepen its ties with Iran, as evidenced from Indian investment in Chabahar Port in of Iran. However, things are improving. After Trump’s Afghan policy and its anti-JCPOA rhetoric, we can see a convergence of interests between Pakistan and Iran. Both the countries want a regional political solution to the Afghan conflict. More importantly, India’s deepening strategic ties with the US havemade Iran uncomfortable. On Kashmir, we can see Iran’s stance in explicit terms. So, Pakistan should build on these common interests. And the first step could be the completion of the Iran-Pakistan gas pipeline.

Pakistan also has a good relationship with the European World and Turkey. There have been efforts by Pakistan to improve its trade with the EU. 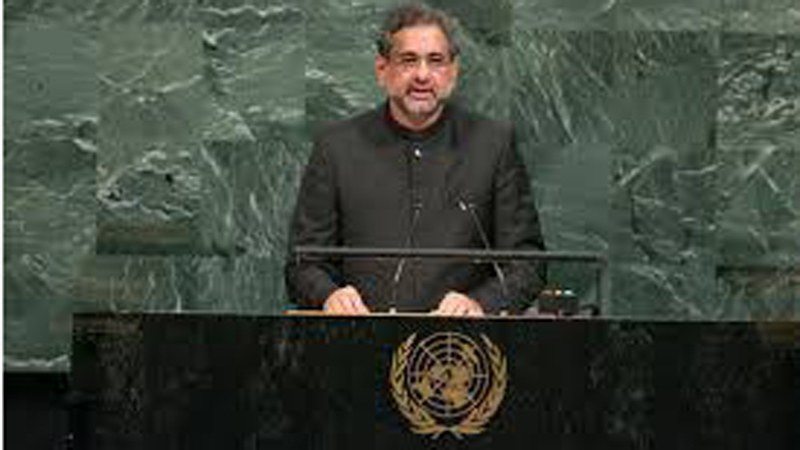 Many new European companies are coming to invest in Pakistan, particularly the auto sector. And with Turkey, Pakistan has political, economic and cultural relations. Pakistan, Turkey and Iran have been working to improve their economic ties under the framework of the ECO (Economic Cooperation Organisation. In Africa, Pakistan has been working on exploring the African markets, which have a great potential, as Africa can be a big market for Pakistan’s export, particularly for agriculture products. In effect, the arguments of ‘political Isolation’ are mere political rhetoric, with no reality in it.

Lastly, Pakistan’s counter-terrorism narrative has successfully managed to inform the world, under the UNGA platform about the sacrifices Pakistan has made for rooting out terrorism from the country. India’s efforts of isolating Pakistan have effectively turned the tables on India by labelling India ‘mother of terrorism’. Moreover, the Kashmir issue has once again reverberated in the UN. Things are not that bad as they look. There are many flowers to pick from Pakistan’s foreign policy.

The writer is a political analyst based in Islamabad. He tweets @hassanshahjehan