The BMW X5 Jeep is a big powerful machine. When its engine guns into life, it growls like a lion. When you step on its pedal, the X5 lunges like a lion too. It has got the name, and the game, which is why it can set you back a few million rupees.

The little boy clearly had no idea about the awesome sight of the BMW X5. In fact, he hardly saw it. The machine was roaring its way to Ghotki, Sindh, navigating the cratered roads, and swerving around donkey carts and two-wheelers. It was following the jeep transporting Shah Mehmood Qureshi to his launch jalsa (rally). I was following the X5. The cavalcade was racing at 120 km per hour, which was double the speed those roads could handle.

The X5 veered to the left to dodge a bicycle, then swerved back on to the metalled road, its chrome-plated wheels kicking up a huge dust cloud that enveloped pedestrians, one of whom was that little boy. He and the others were gaping at this VIP cavalcade of SUVs storming through the Sindh countryside like an army on an invasion route. For one terrifying moment, all we could see through the haze of dust were shadows of men, machines and animals. And then just like that, in a split second, we zipped through the cloud, out into clear visibility. I looked back and caught a glimpse of the little boy and his friends coughing, and running after the speeding 4x4s.

That is the way it has always been in these parts. Rural grandees playing for power and prestige on the backs of those who have little to cover their backs and their feet. In many ways, that is how it still is. The BMW X5 and the little boy coughing in the dust pretty much summed up the state of affairs. Somehow it appears everyone — including perhaps that little boy from Sindh — has accepted this state of affairs as life in Pakistan. That is how the boy’s father, grandfather, and great grandfather lived their lives. And so shall he.

Really? In this day and age, can we continue ignoring such gross social injustice? Can we afford to keep living our cocooned lives, knowing that the social order in our country, just outside of our own individual parameters, is unjust? Here ignorance is a deliberate policy, because such ignorance and illiteracy breeds servitude, and such servitude ensures that the unjust social order remains unchallenged.

The BMW X5 screeched to a halt at the jalsa venue near the Ghotki bypass. So did my vehicle. Loudspeakers were blaring a cacophony of slogans and shouts. I clambered atop a stage set up for the media, and surveyed the scene around me. Thousands of people were gathered around and in front of the main stage, gazing intently at their pir (saint), the former foreign minister of Pakistan. At a little distance I could see throngs pouring into the venue. This was interior Sindh, and very rural. A pleasant breeze was blowing across the landscape, heralding the dawn of dusk. Soon another set of jeeps roared into the venue and offloaded Imran Khan. The microphone blared his name. Clap, clap, clap.

Most of those men gathered here — there were hardly any women — had been waiting since the morning. Some had come a night before, and slept at the venue. They were the awam (general public). They were the mureeds (followers of a saint). They were the voters. And they did what was expected of them. They applauded when applause was needed. They sloganeered when slogans were required. They waved hands when hands were supposed to be waved.

Speeches rumbled like thunder and emotional words rolled out like bolts of lightning. The verbal storm gathered pace as it neared the crescendo. The awam bathed in the shower of promises, commitments and guarantees. That is how it always is at political rallies. Everyone waited with bated breath for Shah Mehmood to announce his decision, as a smug Imran Khan looked on.

He knew. Always did.

But then something strange happened. I looked around and saw crowds filing out of the venue. Not in ones or twos, or even tens, but in hundreds. Curious to know what was going on, I jumped off the stage and ventured into the outflowing stream of people. The next half hour I spent talking to random boys and men as they filed out. “Do you not want to hear Shah sahib’s decision?” I asked.

“No,” said almost every one. “Whatever decision he takes, he knows best and we will support him,” they said. “He is our pir.”

And so it was. While the TV cameras showed Shah sahib thundering for the whole world to see, the jalsa-wallahs preferred to head home, mid-speech. They had come to see him, not hear him. Now they had to travel many many miles to get back to their far-flung villages. It was getting dark.

At some point, Shah Mehmood talked of Zardari and our nuclear weapons being unsafe. At some point he announced his decision to join Imran Khan. At some point Khan stood up and clapped for him, and with him. At some point, the proceedings wrapped up and Qureshi and Khan were whisked away in their jeeps.

I did not hear any of this. And neither did those who were racing to get home before dark. I stood in the middle of the returning traffic of walkers and bikers. They had done their political duty. And perhaps I had done my journalistic one.

Will Shah Mehmood make inroads into the PPP’s Sindh vote bank? Will the PTI gain from his presence in this area and the adjoining ones? I really do not know at this stage.

But what I do know is politics in areas such as this — far away from the hustle and bustle of urban mayhem — remains frozen in time. The winners are the same, regardless of party affiliations, and the losers are the same too, regardless of party affiliations. The winners have BMW X5s, and the losers still run barefoot, eating dust.

You want to know what the status quo is?

Here is your answer.

The writer hosts a primetime show on a private TV channel. He can be reached at fahd.husain1@gmail.com 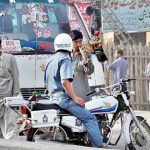 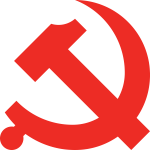 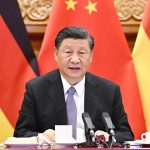