A conference or meeting of Muslims where “Sunni, Shia, Wahabi, Barelvi, Deobandi…everyone is welcome” has to be as rare as a snow leopard in the Karakorams. But precisely such an invitation did the rounds via email in Sydney and beyond with the above welcoming words in the subject line.

The four-hour long conference, held in a Sydney town hall, rented from an avowedly secular city council, was organised by the Islamic Forum for Australian Muslims. While the invitation could have led one to think of it as an ‘inclusive’ Muslim conference, in fact the aim was to generate hatred against the Ahmedi minority sect, which was excommunicated by the Pakistani parliament (no less) in 1974 and by majority Muslim public opinion long before that. The persecution of this community has now extended to other Muslim countries, most notably Indonesia and Bangladesh.

This conference was remarkable for three things. Firstly, its overt inclusiveness (momentarily uniting all sects, who otherwise despise one another); secondly, its declared, exclusive focus on generating hatred against another community; and, finally, launching this campaign of hatred in a country that takes pride in its tolerance and diversity.

Consider the language of the invitation letter (italics are mine), “They [Qadiyani/Ahmedi] are not a sect of Muslims but a separate cult founded by an impostor Mr Ghulam Ahmad Qadiyani who claimed that he is a prophet of God. Pakistani Supreme Court (sic) and Islamic scholars all over the world have officially declared them as a ‘Non-Muslim cult’. Yet this ‘Non-Muslim’ cult is trying to deceive people in many parts of the world by introducing and propagating themselves as Muslims and declaring the founder of this false religion, Mr Ghulam Ahmad Qadiani as a prophet. Australia is becoming a hot spot for the activities of this cult. They are preying on newly arrived overseas Muslim students, helping them to become Australian citizens by getting them married to Qadiyani girls or lodging their asylum cases on Qadiyani bases. As a Muslim, it is our responsibility to protect innocent Muslims from their false religion and show the world their real face.”

One of the four speakers devoted himself entirely to the vilification and demonisation of the founder of the Ahmedi sect. It is noteworthy that, of the four, three were from India, the keynote speaker being a prominent leader of the Indian Jamaat-e-Islami.

Modernity, tolerance, peaceful coexistence, fraternity and diversity have been discarded in favour of rigidity, obscurantism and witch-hunting in the name of religious orthodoxy. As one has come to expect in a 21st century conference infused with Islamic fervour, men and women were not only seated in separate blocks divided by an aisle, but by a separation wall about three metres high, enough to suppress any desire to seduce a member of the opposite sex and frustrate any attempt to climb or jump the fence on the part of an overly-interested believer.

About two years ago, a friend in the US had forwarded to me an invitation to a wedding that he had received. The colourful e-card stated, pinpointed by an arrow, “This occasion is a men and women separate event, so there are two halls in which one is dedicated strictly to men and one strictly dedicated to women. If you would like to contact your family member, please let our liaisons know at the door and they will bring them to you. Thanks for your cooperation.”

I encouraged my friend to ask the hosts whether the ‘liaisons’ will be persons of neutral gender, like the castrated harem-keepers of the Ottoman Sultans!

Increasingly, in Muslim weddings and functions in western countries, men and women are segregated. Some maulanas (clerics) have threatened at the last minute to refuse to conduct the wedding unless the sexes are segregated. The hosts always cower before their demand and comply with their wishes, even if reluctantly. The maulana is the representative of God, the keeper and interpreter of the true faith, and who dare challenge him!

We can afford to be amused by the antics of religious obscurantists and puritans, but for the Ahmedis this is no laughing matter, for their persecution knows no bounds. According to a newspaper report of May 4, “a large contingent of police” descended on an Ahmedi place of worship in Pakistan and “scratched out Quranic verses written on the walls [and] and ordered [Ahmedis] to cover up short minarets at the entrance as they made the place look like a mosque.”

Before leaving, the police warned the Ahmedis that “they had a day to make the place look less like a mosque”, failing which they will be prosecuted. It is beside the point that mosques come in all shapes, their appearance vary markedly from country to country and within countries, even within the same city. Compare, for instance, Shah Faisal Mosque with Lal Masjid in Islamabad!

But I wonder what the sentinels of the ‘fortress of Islam’ called Pakistan want to do about the fact that, in public places, one cannot distinguish an Ahmedi from a Muslim by his looks. They have not yet woken up to the danger inherent in this obvious ability of Ahmedis to pose as ‘Muslims’ and deceive unsuspecting, ‘innocent’ Muslims.

Perhaps Ahmedis should henceforth not be allowed to shave their facial hair completely or to keep a full beard or a full moustache. They ought to be compelled by law to keep half a moustache or half a beard. Should any Ahmedi insist on both moustache and beard for religious reasons, I suggest he may be permitted to grow half of each, but only on opposite sides of the face, and with prior official permission. I cannot think of a more secure way to prevent the contamination of ‘real’ Muslims by these ‘false’ Muslims.

The writer is a former academic with a doctorate in modern history and can be reached at raziazmi@hotmail.com 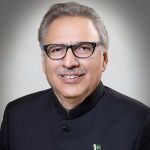 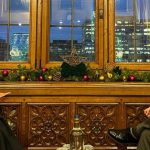 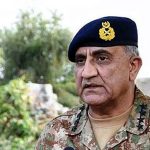