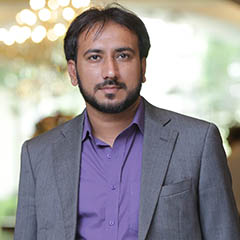 Dr. Shakil Afridi: a hero or a traitor?

Dr Shakil Afridi has been sentenced to 33 years of imprisonment on treason charges for his role in helping the Americans obtain the DNA samples of Osama bin Laden’s (OBL) children and thus confirming his location. It is reported the official Jirga constituted by the Political Agent of Khyber Agency tried him under the Frontier Crimes Regulations (FCR).

Shakil Afridi’s sentence on a charge of treason has already attracted international condemnation and would further question Pakistan’s sincerity in fighting against terrorism and extremism. The US State Department spokesperson, Victoria Nuland stated that the US saw no basis for holding Afridi and would continue talking to Pakistan about his release. US Senators John McCain and Carl Levin have termed Afridi’s sentence as ‘shocking and outrageous’ in their joint press statement. The US Congressman Dana Rohrabacher even goes to the extent of terming Afridi’s punishment as a proof of Pakistan being at war with the US.

Afridi’s punishment sends a clear message to the world at large: his help in locating OBL was an act of treason — a crime against the state of Pakistan! It also sends a strong message to others like Afridi: shut your eyes and zip your mouths if you know the location of other terrorists or you will be tried for crimes against the state.

The news has generated debate on social media forums that is reflective of our divided society. For many it was a heroic, courageous and patriotic act of Afridi, contributing to the elimination of OBL and weakening of al Qaeda and its affiliates. This is the organisation that has the blood of thousands of innocent men, women and children on their hands, killed indiscriminately in the last decade in markets, mosques, funeral congregations, jirgas and other public places in Pakistan and Afghanistan. They consider OBL and al Qaeda responsible for bringing war and instability to Afghanistan, Pakistan and the region. But there are others who consider Afridi a traitor for his role in helping the US eliminate OBL. The religious political parties, militant organisations of all sorts, military/ISI, their sympathisers and the ghairat brigade of Pakistan fall into the latter category.

Regardless of whether Afridi is a hero or a traitor, some important technical and legal questions are being raised regarding the charge of ‘treason’ levelled against him and the holding of his trial through an official Jirga under the FCR. First, many will question the bringing of a treason charge against Afridi. The crime of high treason has been defined by Article 6 of the Constitution, which is an act of abrogation, subversion, suspension, holding in abeyance or attempting, conspiring, abetting to do or adding the aforementioned acts by use of force or show of force or by any other unconstitutional means. Afridi’s acts do not appear to fall under the definition of treason by any stretch of the imagination.

Third, the Constitution of Pakistan guarantees the rights of the accused to be brought before a magistrate within 24 hours of his arrest; informed of the charges as soon as possible; kept in police custody beyond 24 hours with the permission of the court only; given a fair trial by the regular judiciary; represented through counsel of his choice; dealt with in accordance with law; and enjoy the equal protection of law. Afridi seems to have been deprived of all his fundamental human rights.

Fourth, it appears the move to try Afridi through the official Jirga under the FCR is with the intention of barring the jurisdiction of the Peshawar High Court and the Supreme Court of Pakistan from hearing the appeals of Afridi against his punishment. Article 247 of the Constitution bars the jurisdiction of the Supreme Court and a High Court in relation to a tribal area.

Many like me would be unable to digest the fact that those involved in targeted lynching of Ahmadis, Christians and Shias and indiscriminate killing of innocent civilians get away with their crimes for ‘lack of evidence’, and those like Afridi who assist in getting OBL are rewarded with 33 years in jail. One of the arguments from the ghairat brigade, justifying the trial of Afridi on treason charges, is that he helped the US violate the sovereignty of Pakistan although his act may not come strictly within the legal definition of treason. This argument is fraught with opening a Pandora’s Box. Some heads then have to roll for actively facilitating or omitting to prevent OBL, al Qaeda and its affiliates from getting into Pakistan’s tribal areas and cities. That is equally a violation of Pakistan’s sovereignty. The argument cannot be one-sided.

The trial of Afridi on a charge of treason by the official Jirga under the FCR and award of 33 years of imprisonment is a mockery of justice, a source of embarrassment and further international isolation of Pakistan. It is nothing but licking the blood of thousands of Pakistanis from the hands of terrorists. It might temporarily appease the ghairat brigade of Pakistan, religious political parties, al Qaeda, its affiliate terrorist organisations and their sympathisers but will have long-term bloody consequences, which Pakistan cannot afford. It will discourage citizens in coming forward and point out terrorists living amongst civilian populations. It is also time for Pakistan’s military establishment to come out of the May 2, 2011 shock and do some serious soul searching and introspection. It should not put all its eggs into a terrorist basket.

The writer is an assistant professor of Law at the University of Peshawar, Pakistan. Presently, he is a PhD scholar at the Maurer School of Law, Indiana University, Indiana, USA. He can be reached at [email protected] and [email protected]