TTP and the peace corpse

The death of an important Taliban figure is a cause célèbre at drone central. Here, not so much. Here, we prefer to sit around the fireside and wallow. That in turn pushes drone morality, sovereignty violation, the untimely demise of the peace talk genie, and terrorism US ‘shtyle’ to the top of the agenda while the smiling face of a dead Mehsud looks on.

The US-made spanner, which upset the Waziristan bound applecart, was unexpected. Or was it? An incident took place in Afghanistan prior to the appearance of that Predator. Killing Hakeemullah Mehsud — a man with a double bounty over his head (in dollars and Pak rupees) — comes on the heels of Latif Mehsud’s capture in Afghanistan in early October 2013. The Tehreek-e-Taliban’s (TTP’s) right hand man, allegedly caught canoodling with KHAD/NDS and picked up by our mutual friends, may hold the key.

Rumour has it that Mehsud was being cultivated as an Afghan asset to get even with Pakistani agencies. There is no love lost between KHAD/NDS (National Directorate of Security) and ISI or Karzai and Nawaz, notwithstanding all this talk of ‘Muslim brotherhood’. The Pak-sponsored science project (the original Taliban) foisted on them, reportedly haunts Afghans to this day. If Mehsud had been turned, then the so-called truce was automatically void. No one likes a spy.

What would be the reaction of the state when Mehsud’s allegedly unholy alliance came to the fore, assuming that it did as a result of shared ‘intel’? Pakistan could not have wanted an Afghan stooge in their carefully cultivated peace mix. Wasn’t it in their joint interest then to have him taken out of the equation? In a way, Hakeemullah Mehsud’s demise was well timed. And in an ideal world no one would blame them for neutralising duplicitous heads who have the blood of Pakistani/Afghani/American citizens on their hands.

Mehsud granted an interview to BBC days after his henchman’s run-in with the Americans. The transcript is illuminating.

The TTP continues to keep jihad against infidels, and by association Pakistani men, women and children as the centrepiece, even after the US withdrawal. The most telling part, however, is their precondition for a ceasefire, which is an end to drone wars. Mehsud also threw in support for future conflicts with other enemies as a bonus in what could be an attempt to bait an India-obsessed army. For someone who kept insisting that the media will not be used to convey terms, conditions or used for proxy negotiations, there were plenty strewn about.

With his trusty deputy in US custody, did the TTP leader realise he was on his way to becoming a statistic? Latif may have sung since he is in Bagram, and given up Mehsud’s location. But the Taliban leadership is never stationary. This could be when Mehsud Sr saw the proverbial writing on the cave wall and decided to vie for the precious immunity pin by dangling the same old lie knowing Pakistani’s kindly (read gullible) nature. The sense of complacency that followed perhaps helped pinpoint his whereabouts.

In the past, treaties have been mere stalling tactics giving TTP time to regroup, order more ammo, recap on their training and wait out the winter. This time, as ‘talks about talks’ were underway, the body count on the Pakistani side kept mounting but not once did anyone question the purely one-sided arrangement. The idea that the November 1 attack could turn out to be part of a covert strategy, which felt that slicing the head to make the writhing TTP more amenable to talks, could effectively drown out the howls of political/media pundits. And such surgical strikes take a leaf out of the Taliban’s own playbook: don’t let talk of peace get in the way of war.

Such ideas are rarely aired in toxic environments. Not when Imran Khan’s charged appeal to stop NATO supply and Chaudhry Nisar’s outraged press conference to question the sinister timing of said attack, and maybe let slip that this is not our war, take the lead.

The last time NATO supply routes became news was after the Salala incident where 24 Pakistani soldiers came in the line of (US) fire. This time it is to protest the slaying of a terrorist. Somewhere, our fallen are turning in their graves.

The US-Pakistan alliance frosts over yet again; the US ambassador has been served with a demarche while the state continues to maintain plausible deniability over possible intelligence sharing ops that ensure the success of such strikes. It would be naïve to think that the terror network will remain in disarray or the leadership void be left empty for long. The TTP scale may not register degraded capability but this might count as a psychological victory in some circles. Unfortunately, this could also trigger the dreaded revenge cycle.

The ‘Most Wanted’ holed up in Pakistan and safe havens dotted across the countryside threaten the integrity of a sovereign state far more than any drone ever could. Stacking a viable peace strategy with the right proportions of carrot and stick and less emotional leaders at the helm might yield a more durable framework. The TTP will always be suspicious of any overtures, as long as the drones stay overhead, but they have yet to earn the state’s trust. Or its sympathy.

The writer is a freelance journalist who blogs at http://afrahjamal.blogspot.com. She can be reached at afrahjh@hotmail.com and on twitter @Afrahjh 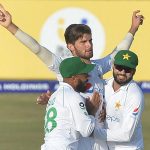 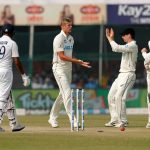 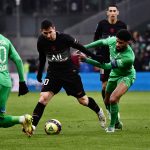 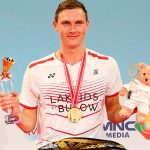 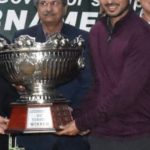