Most of the time I stand aghast at the sight of strange maulvis (clerics) sitting on various television channels, giving absurd and whimsical interpretations of sharia, and the ideas that they think are more likely to make them stakeholders of the state. Putting on an air of arrogance and self-righteousness, they justify themselves in the name of religion no matter how flawed and unfounded the excuses they advance during their discussions. Since the media is not serving the masses anymore, and has become a corporate and industrial sector, it serves to only generate more controversy onscreen to sell their products and get higher ratings. So, after the initiation of peace talks with the Taliban, many clerics re-emerged on our television screens. They felt the circumstances most favourable to their becoming the beneficiaries of the present state of circumstances, to share their ‘own’ interpretation of sharia and confuse the already confused nation yet another time.

History is witness to the fact that the worst dictator in Pakistan has been the so-called ‘religious’ General Zia. His ‘Islamisation’ loomed large, being part of the constitution and other penal laws. From that point onwards, the state of Pakistan has been hijacked by the very idea of pan-Islamism. The education of hatred promoting sectarianism has been considered more necessary than the education of science and technology. Laws were made stricter, perhaps to please Allah Almighty, or to make the role of Islamists more relevant in the Islamic Republic of Pakistan. Surely this whole exercise could never be called into question since all the weight it carries revolves around religion. Resultantly, the state suffered the worst type of bloodshed, bomb blasts, sectarianism and a decade-long insurgency — all in the name of Islam.

The role given to clerics during the dictator’s pro-Islamic regime can never be ignored as the pseudo religious scholars assumed the role of guiding Muslims away from foreign policy towards the petty issues of urinating and drinking water. They also raped our daughters, wives and sisters by establishing halala centres again all for their ‘service’ to Islam. They harassed and molested young children but never assented to the DNA test as evidence in rape cases since it was not per their interpretation of the Islamic way of evidence. They made children beggars by sending them door-to-door, collecting food for themselves and their fellows. Announced through loudspeakers, the alms they received for the mosques prompted the believers to spend more for popularity instead of helping the poor and the needy. The worst confusion gripped the illiterates who handed themselves over to religious clerics, especially in the villages, to interpret for them every matter involving some aspect of religion. Everytime the interpretation was more their own than according to the true spirit of the Holy Quran. So, the social fabric of society became so illogical and superstitious that even centuries would fall short of making them disillusioned.

How brilliant and fast the state has been in making decisions is quite ridiculous. After suffering $ 100 billion loss besides 70,000 civilian and security men casualties, the present regime has decided to negotiate with the Taliban. Instead of taking a determined stand for restoring peace to the country, Khan’s PTI is also talking of opening a Taliban office and accepting them as being at par with the state of Pakistan. The armed forces are no exception, which let the executive initiate peace talks after suffering colossal damage to its institution.

After the last coup in Pakistan, led by Musharraf, the army has been pounding the hideouts of militants — apparently it does not support the Taliban nor the peace talks. The PPP followed in their footsteps and, ideologically, it also pursued the anti-Taliban or anti-theocracy policy. The present regime, having a somewhat soft corner for religious fanatics, will have to do a complete somersault if it wishes to rescue Pakistan by juxtaposing a state with the terrorists. It will only drag Pakistan hundreds of years back by making the religious fanatics and seminary clerics stakeholders of the state. God forbid, the talks go on, history will never forget Nawaz Sharif after General Ziaul Haq for rendering historic services for Islam and Pakistan.

More carnage and mayhem are waiting for us ahead. The more the talks will go on, the more the state will lose its writ, as the clerics will guide us from foreign policy towards the manner with which we should enter mosques. Legal halala centres will appear in posh areas, loudspeakers will be crying out in absurd voices, stickers and banners inscribed with jihadi literature will be hanging in every shop, religious seminaries will get more importance than the public sector universities, criminals with 99 percent adultery cases involving only women will be flogged and stoned to death — and the Islamic Republic of Pakistan will turn out to be a complete theocracy. This is what the religious clerics want, nothing more nothing less.

The writer is a freelance journalist and a practicing lawyer. He can be reached at shoaib_lq@yahoo.com 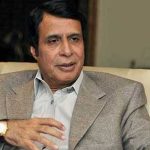