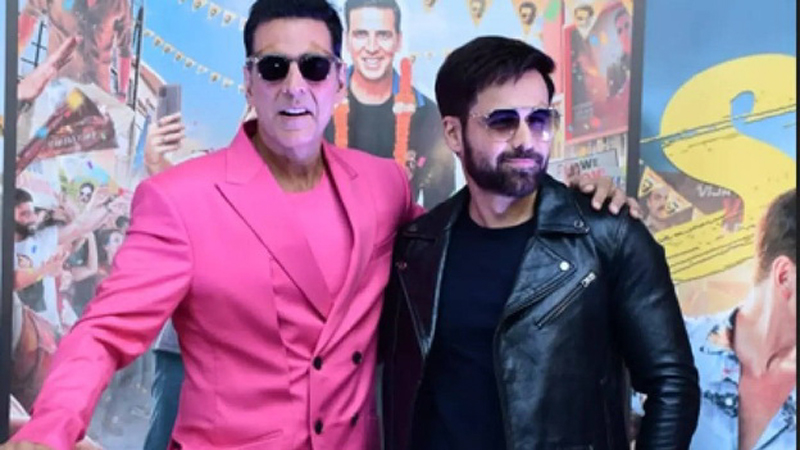 During the trailer launch of his upcoming film Selfiee, which features a face off between Emraan, playing an RTO officer, and Akshay Kumar, who plays a movie star, the former was asked how was it to work with the Ram Setu actor.

“I felt bad mouthing those lines. I’ve followed him as a fan, I’ve adored him. I’ve gotten the privilege of knowing him in the past few years. He was there for me when there was a health issue with my son. He was the first one to call and stand by me, stand by family our family. “I didn’t know him well back then. A lot of people surround you in your good times but bure waqt mein jo farishtey aate hai (the angels who come to you in your tough times), that’s Akshay,” Emraan said at the event.

Selfiee is a remake of the 2019 Malayalam-language comedy-drama Driving Licence, which was directed by Lal Jr from a script by Sachy. The film revolved around a superstar (Prithviraj Sukumaran) famous for his driving skills, who loses his licence. The issue, however, spins out of control after he locks horns with a motor inspector (Suraj Venjaramoodu), who happens to be a fan of the actor.

While Selfiee will feature Emraan and Akshay locking horns, Emraan wondered why Hindi makers aren’t mounting many multi-starrers. “For me only the content is important, it doesn’t matter if it’s a solo hero, two heroes or three heroes film. I don’t know why there aren’t too many multi-starrers being made. They are being made but there should be more films made because they’ve been successful, if you look at the trend of past two years and since the dawn of cinema,” he added.