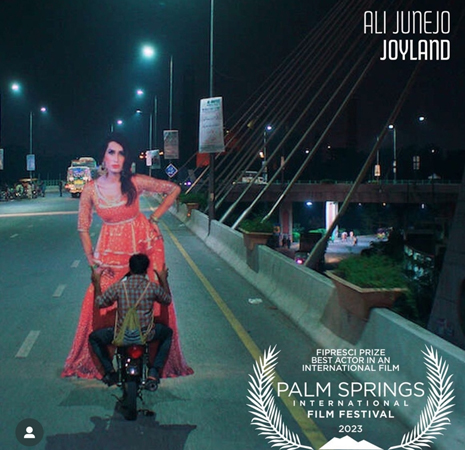 Taking it to the Instagram, the PSIFF announced the great news. They wrote: “The winner of the FIPRESCI Prize for the Best Actor in an international film is… Ali Junejo in “Joyland!”

Apart from the PSIFF, director Joyland Saim Sadiq also shared the wonderful news through this his Instagram handle.

Ali Junejo, through a video message, expressed his gratitude and excitement over receiving this honourable award. He feels humble and honoured over this achievement.

Junejo also thanked Saim for believing in him to portray Haider’s character in the film. He further thanked actors Alina Khan and Rasti Farooqi for helping him in essaying his role so well.

Joyland backed by Khoosat Films is making Pakistan proud at the international platforms since day one. The film has also been shortlisted for the Oscars 2023.