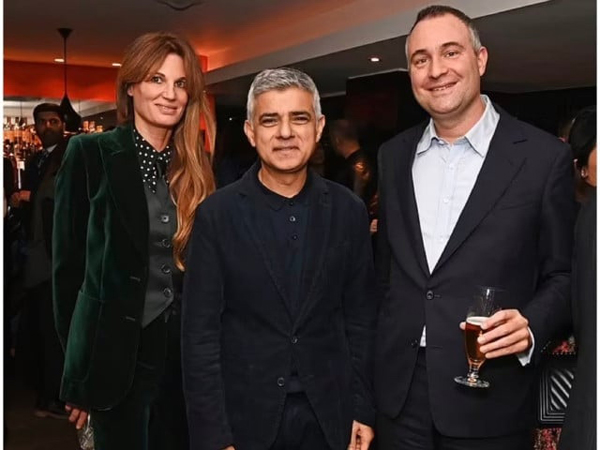 The siblings generated money in support of the United Nations International Children’s Emergency Fund’s (UNICEF) Pakistan Floods Appeal and the Pakistan Environment Trust. The raising of funds came at a charity dinner in Central London Wednesday night where more than 100 high-profile leading Pakistani and Indian personalities were present.

Mayor of London Sadiq Khan, novelist Fatima Bhutto, British presenters Noreen Khan and Sam Naz, Overseas Investment Advisor for Pakistan Zeeshan Shah and former UK high commissioner to Pakistan Adam Thomson were prominent among the guests. Speaking on the occasion, Jemima, who is also a UNICEF ambassador and English TV and film producer and writer, said, “The Pakistan floods have been on such a devastating scale that it’s difficult to comprehend, with 33 million people affected and over 7.9 million people displaced.

Jemima said she was helping to raise vital funds to support the children and families affected by this catastrophe. “The Pakistan Environment Trust, founded by my brother Ben, is working to combat climate change in a country that faces some of the most challenging effects of the global environmental crisis,” she added. The total amount raised at the event will support UNICEF’s Pakistan Floods Appeal, as well as, the Pakistan Environment Trust, Jemima said.

Jemima thanked the attendees for their generous donations for short and long term flood relief in the country. She also appreciated the support of the Mayor of London Sadiq Khan.

In a tweet, she also shared an online donation link to collect funds for UNICEF to help children affected by the floods in the country and for the Pakistan Environment Trust, which is actively combatting climate change in Pakistan.