When legends meet: Viral video of Gulzar and Javed Akhtar 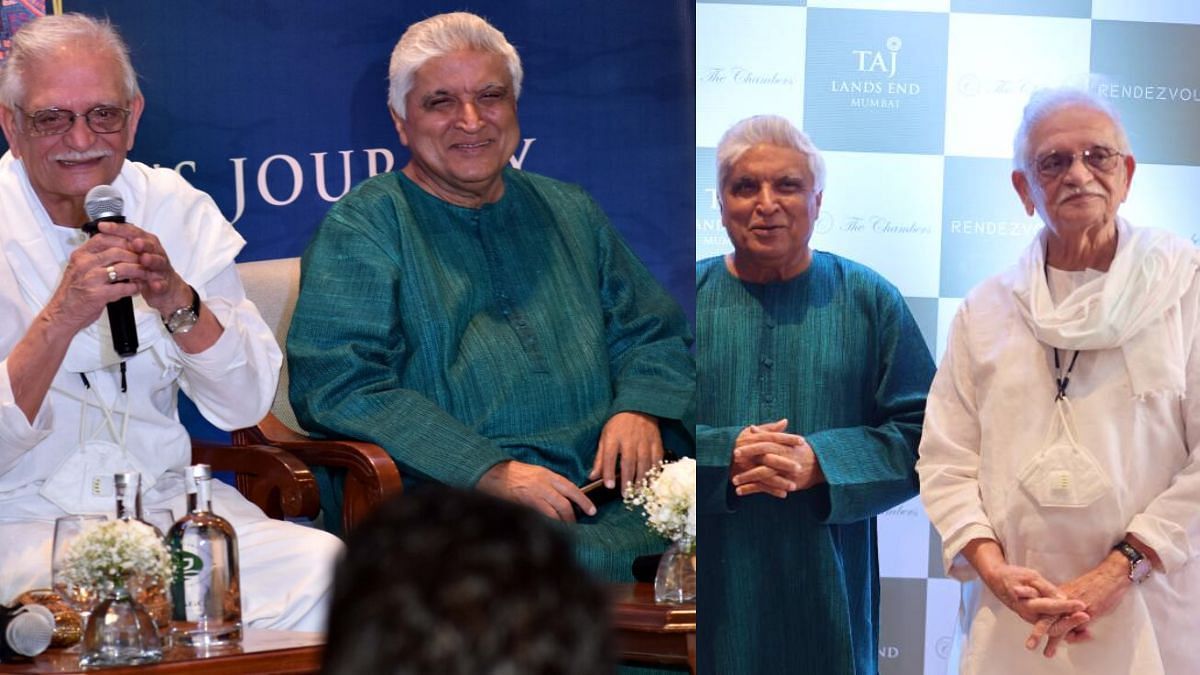 During the launch of Mr. Akhtar’s biography, some beautiful moments of friendship between Gulzar and Javed Akhtar, two of the country’s finest poets and screenwriters, were captured on camera.

A short video of the two wordsmiths interacting in public has gone viral and is receiving a lot of attention on the Internet.

In the video, Mr Gulzar jokes about ek ladki to dekha to aisa laga, a popular number from ‘1942 A Love Story’ for which Mr Akhtar was the lyricist. Mr Gulzar says that in every paragraph, the writer seems to be referring to a different woman. Mr Akhtar, seated to his right, bursts out laughing, and so does the audience.

Mr Gulzar then goes on to share an anecdote with his signature poise. He refers to a woman admirer who was overjoyed to meet him at an event. She was so excited that she feared that she may forget her name, the poet narrated. The admirer, Mr Gulzar said, also took a selfie with him. Before leaving, she referred to him by name. “It wasn’t my name,” Mr Gulzar said, as the audience started laughing at the seemingly-impossible mistake.

He then points to Mr Akhtar and said, “I always feared that he wrote better than me”, suggesting that the admirer may have mistaken him for Mr Akhtar.

The video was deeply loved and widely shared on the Internet. Among others, actor Saiyami Kher shared the video. In another post from the event, she said, “What an evening. Words fall short when you have to say anything about these 2 legends.”

The video was shot at the launch of Jaadunama, a biography of Mr Akhtar.