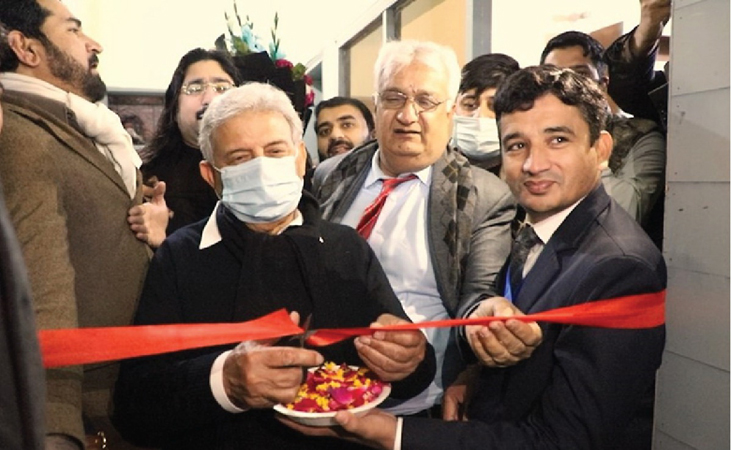 Educational institutes across the world are focusing more on skills education when compared with formal educational programs. In Pakistan, empowering youth with skills is the survival of our nation. This was stated by the Federal Minister for Education and Professional Training after inaugurating the initiation of classes ceremony at the National Skills University Islamabad (NSU)- Muridke Campus, Sheikhupura. According to the Federal Minister, also Pro-Chancellor of NSU, skilled Pakistani youth is being sought across the globe; however, we need institutions following global standards in skills education, so the workforce we produce will have the potential to work globally and bring remittance for their homeland.

On his arrival, the students from the first badge of the National Skills University Islamabad presented flower bouquets to the Federal Education Minister. After the ribbon-cutting ceremony, the minister addressed students, the public, and the faculty of the NSU-Muridke campus. According to him, all 250 students in the first badge and future students’ educational expenses will be borne by the Government of Pakistan. Initially, the university has initiated five six-month skills training, including 1) Mobile phone repair technicians, 2) Industrial stitching, 3) Domestic and industrial electricians, 4) Solar system technicians, and 5) Microsoft office applications. The NSU Muridke campus will offer courses aligning with industrial demands and is recognized as a university for the industry and employers.

Officials from the Ministry of Federal Education and Professional Training, the Higher Education Commission of Pakistan, and NAVTTC were also at the classes’ inauguration ceremony. According to the Federal Education Minister, the NSU campus at Muridke has been established within the shortest possible time and received HEC recognition, requisite prime land of 100 Kanals to build a world-class campus with an initial allocation of PKR 386 million. He appreciated the efforts of the NSU team, mainly the Campus Incharge, Dr. Bilawal Rehman, Mr. Mahmood ul Hassan and M.A. Wallana, involved in raising Muridke Campus under the guidance of Vice Chancellor Prof. Dr. Muhammad Mukhtar.