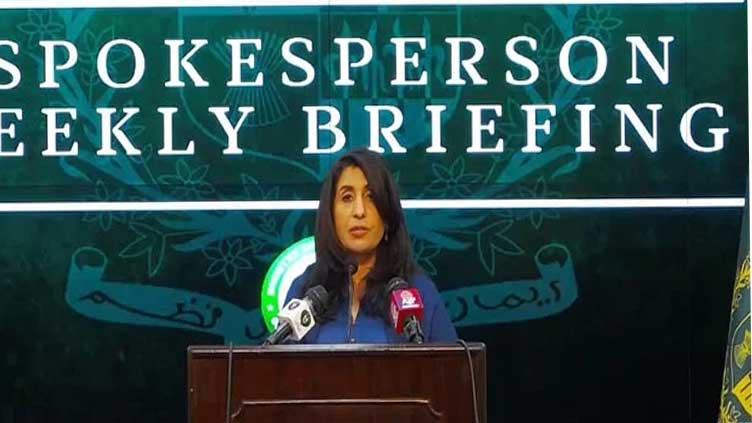 Pakistan on Wednesday rejected “baseless and frivolous” allegations made by the Indian External Affairs Minister, saying that his latest tirade was a reflection of growing frustration over India’s failure to malign and isolate Pakistan.

Earlier this week, the Indian minister made a veiled attack on Pakistan during a press conference in Vienna along with his Austrian counterpart Alexander Schallenberg.

“We spoke on the threats to international peace and security that are posed by terrorism, including its cross-border practices, violent extremism, radicalisation and fundamentalism. Their effects cannot be contained within a region especially so when they are deeply connected to narcotics and illegal weapons trade, and other forms of international crime. Since the epicentre is located so close to India, naturally our experiences and insights are useful to others,” he alleged.

Responding to media queries regarding a series of recent statements made by the Indian FM targeting Pakistan, the Foreign Office spokesperson said that for the last several years, India had engaged in a malicious campaign to mislead the international community through a fictitious narrative of victimhood and vile anti-Pakistan propaganda.

“This practice must stop. India’s continued anti-Pakistan diatribe could not hide its brazen involvement in fomenting terrorism on Pakistan’s soil; nor can it conceal the reality of state-sponsored terrorism in Indian Illegally Occupied Jammu and Kashmir (IIOJK).”

“Instead of pointing fingers at others, India should itself end its involvement in terrorism, subversion and espionage against Pakistan,” the statement said.