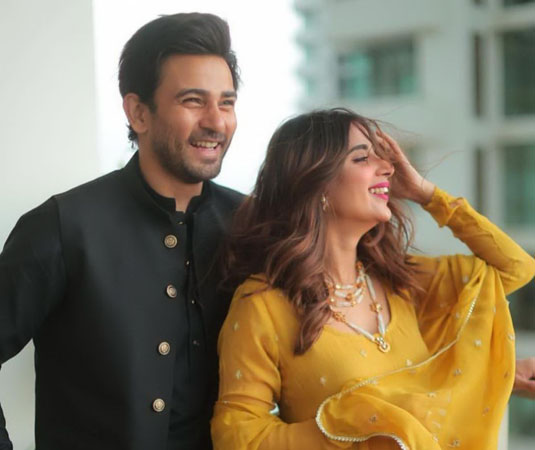 A hilarious video of actor Saboor Aly and her celebrity husband Ali Ansari reenacting a song is going viral on social media.

Saboor Aly shared the clip to felicitate new year greetings to fans on interactive Instagram. The viral video showed them reenacting the lyrics of the song that played over it. Millions of Instagram users liked the video. Celebrities Nida Yasir and Aisha Khan could not hold themselves back from showing their happiness.

Ali Ansari and Saboor Aly tied the knot in January last year followed by week-long wedding festivities. They win hearts on the visual-sharing platform through their viral pictures and eye-catching videos.

Earlier, a picture of him in a dashing black embroidered suit and her in a red dress went viral.

Moreover, she posted a video of their foreign trip which made rounds on Instagram.

On the professional front, the couple has worked in hit dramas. They have shared the screens in several projects.