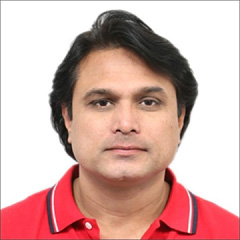 The sun of 2023 has emerged with new hops and challenges for China Pakistan Economic Corridor (CPEC) in the backdrop of uncapping China’s zero covid policy, fresh commitments to pump up more Chinese investment, rollout of new three CPEC corridors, resumption of cultural exchange programs, galvanization of China Pakistan free trade agreement (phase I and phase II), catalyzing Gwadar as logistic powerhouse, activation of Special Economic Zones, Pakistan’s economic turbulence, security hazards and global evil eyes on Sino-Pak relations. As the dawn of 2023 shines, CPEC is all set to take a center stage in 72 years Pak-China diplomatic relations. After Pakistan Premier Shehbaz Sharif’s Beijing visit and meeting with President Xi Jinping in 2022, it is highly likely of frequent high-profile exchange of visits between Chinese top dignitaries and Pakistan’s eminent decision-makers in 2023. A total of 36 more CPEC projects, with a projected expenditure of $27.5 billion, are in the works and it is believed that many of them will cross fining line during 2023. According to information from the energy sector, 11 projects totaling $12 billion in investment have already been finished, while four additional projects totaling $6 billion in investment are now undergoing implementation and are anticipated to be finished soon.

Good news is that, 27 projects worth of $19 billion have so far been completed under the China Pakistan Economic Corridor (CPEC) while 63 more projects with the investment of $35.2 billion are scheduled to be completed in coming years.

Good news is that, 27 projects worth of $19 billion have so far been completed under the China Pakistan Economic Corridor (CPEC) while 63 more projects with the investment of $35.2 billion are scheduled to be completed in coming years. According to a report titled “Overview of Pakistan’s Power Sector and its Future Outlook” issued by the China Three Gorges South Asia Investment Ltd (CSAIL), 27 projects are under implementation stages with the investment of $7.7 billion that are scheduled to be completed by 2025. 2023 is also marking CPEC- Collaborative Research Grant (CPEC-CRG) which is one of the key component of recently launched HEC initiative namely “Academic Collaboration under CPEC Consortium of Universities”. The overall objective of the said project is to understand and respond to the historic global geo-strategic and geo-economic transition and its impact on the region in general and Pakistan in particular, keeping in the view the broad Chinese Belt and Road Initiative and its Pakistan-specific component – CPEC. The national response to the strategic opportunity arising out of the emerging global dynamics is the CPEC Long Term Plan (LTP).

The CPEC- CRG is anticipated to support promising research partnerships between Pakistan and China, aiming at finding solutions to CPEC-related problems through joint research by the universities of Pakistan and China, drawing upon research potential of academia on both sides. Keeping in view the scope and foreseeable impact of CPEC, this initiative will go a long way in supporting collaborative research proposals, addressing problems and issues pertaining to Pakistan’s socio-economic development in general and CPEC in particular. Few weeks ago, while addressing to the China’s intangible cultural heritage exhibition under the aegis of the Chinese Consulate at Alhamra Arts Counci, Lahore, Chinese Consul General Zhao Shiren tagged 2023 as year of “China-Pakistan Tourism and Exchanges.” He also shared a wonderful news that, China was also scheduled to host the Gandhara Art Exhibition in Beijing. Similarly, Cultural Office of the Embassy of of China and China Cultural Center in Pakistan organized a live 2023 Happy Chinese New Year Press Conference, in which the consulate announced that, in order to showcase Chinese history, culture, and tourism in the future, the Cultural Office of the Chinese Embassy and the China Cultural Center in Pakistan will fully utilise all human resources. They will also keep up their tireless efforts to open a new chapter in the friendship between China and Pakistan.

The collaboration of Pakistan and China on education and cultural cooperation and exchanges witnessed an upward trajectory with each passing day, as thousands of Pakistani students are currently studying in various universities in China. Similarly, exhibitions and Chinese cultural events in Pakistan are expected to increase further in 2023

This academic and cultural cooperation will further strengthen the bonding between the two brotherly countries. While briefing Pakistani media about the 2023 Happy Chinese New Year and upcoming events in connection with the celebrations of the Chinese Spring Festival, Xing Lijun, Second Secretary, Cultural Office of the Chinese Embassy in Pakistan told the media that The Chinese government is expected to resume the cultural exchange programs in 2023 after it relaxed COVID-19 restrictions at home.

Similarly, currency agreement between both nations is not only an economic masterstroke but it is also tipped as a strategic move. It is hoped that, in 2023, Pakistan’s dependence on dollar will decrease, as the central banks of Pakistan and China have signed a memorandum of understanding (MoU) to establish yuan clearing mechanisms.

Despite tough economic challenges China remained at the top in the list of top foreign direct investor in Pakistan. The COVID-19 outbreak and the shift in Pakistan’s government had both caused a slowdown in the CPEC. But those barriers are no longer present and work on CPEC is expected to pick up more pace in 2023 in terms of China FDI in Pakistan. The second phase of the CPEC has broadened its scope to include collaboration on projects related to socioeconomic development, education, tourism, industry, oil and gas, research, and technology. Since China Pakistan Free Trade Agreement phase II and phase II are in full-on operation, 2023 will see new depth in Pak-China trade landscape offering spiral leverage to Pakistan so that Pakistan increase its export to China to cure its economic imbalances and development trajectory.

In 2023, CPEC will be churning out massive employability for people of Pakistan. Recently Chinese ambassador Nong Rong said already China-Pakistan Economic Corridor (CPEC) has created 192,000 jobs in the projects of 6000MW of power supply, 510 km of highway, and 886 km of transmission line, that help consolidated Pakistan’s socio-economic development. As 2023 will be progressing as many as 700,000 new job opportunities are estimated to be created by 2030 under the China Pakistan Economic Corridor (CPEC). A recent study conducted by CPEC Centre of Excellence, Ministry of Planning, Development and Reform of Pakistan showed that indirectly, CPEC could help create even 1.2 million jobs under its presently agreed projects.