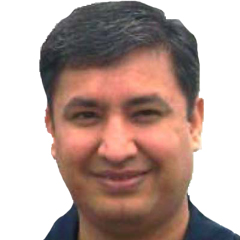 Climate change and our cities

In the second week of April this year, the Intergovernmental Panel on Climate Change (IPCC) released its fifth assessment report on climate change mitigation. Over 270 lead academics and scientists from 58 different countries were involved as volunteers in making a neutral assessment of scientific knowledge on mitigating climate change to help policy-makers make well informed decisions. For the first time, the IPCC report acknowledges the role of cities in climate change by dedicating a chapter to ‘Human settlements, infrastructure and spatial planning’. This chapter reveals robust evidence, scientific agreement and key principles that should be considered when making policies for Pakistani cities.

First, the scale and speed of urbanisation is extraordinary, not only in Pakistan, but also throughout the world. We should expect cities to expand twice as fast as urban population growth. Future urban population growth will take place in small to medium sized cities, requiring massive infrastructure (transport, water, sewerage, etc.) investment. However, if traditional approaches to building infrastructure continue to be adopted, they will lead to lifestyle and consumption patterns that will generate high levels of carbon emissions, which will be hard to reduce later. This finding has interesting implications for Pakistan, which has totally ignored its small to medium sized cities and focused entirely on carbon-intensive transport infrastructure, such as interchanges, flyovers and underpasses, in Lahore, Islamabad and Karachi.

Second, greenhouse gas (GHG) emissions could be controlled by transforming cities into high-density, mixed land use spaces, improving connectivity and accessibility. According to the IPCC report, “There is consistent evidence that co-locating higher residential densities with higher employment densities, coupled with significant public transport improvements, higher land use mixes and other supportive demand management measures can lead to greater emissions savings in the long run.” What this really means for Pakistani cities is constructing high rise apartment buildings on the major transport corridors of each city, along with investment in good quality public transport such as the Lahore and Rawalpindi/Islamabad Metro Bus networks.

Third, cities consume large amounts of energy and generate half of the world’s carbon emissions. However, GHG emissions per person depend on the physical structure of a city and socio-economic factors. In Pakistan, people living in low-density housing schemes on the urban fringe consume more energy than the national average. Therefore, it is important to discourage housing at the edge of cities and instead encourage private investment in housing in the inner to middle suburbs of Pakistani cities.

Fourth, investment in apartment buildings and high quality public transport requires the revision of CDA/LDA policies, bylaws and regulations. These authorities need to up-skill their professional staff, such as urban planners, architects and civil engineers, so that they can understand new trends and technologies in city development, and prepare a climate action plan along with or incorporated within their traditional master plans. These plans should in the short-term focus on the energy efficiency of buildings and transport and, in the longer term, controlling urban sprawl and re-urbanising cities. As future urban growth will happen in small to medium sized cities, the government should establish development authorities in these cities, technically and financially capable of promoting low carbon growth, and with the skills to collaborate with other cities, provincial departments, federal ministries, NGOS and international aid agencies to achieve emission reduction targets.

Finally, low carbon cities require sustained political will and funding commitments from provincial and federal governments. If they receive such commitments, a low carbon development path will improve air quality, provide health benefits and economic productivity for cities, and ultimately prosperity for Pakistan and its people.

The writer is a senior lecturer of urban planning at Massey University, New Zealand and author of a book, The Institutional Barriers to Sustainable Urban Transport in Pakistan, published by Oxford University Press