The large-scale electrification of transportation and other energy-based services is widely seen as an important element of efforts to significantly reduce greenhouse-gas emissions produced by the combustion of fossil fuels. Major reductions in those emissions will be essential to meeting the requirements of the Paris Agreement on climate change, which the Intergovernmental Panel on Climate Change has termed “dangerous.” The focus on electrification has emerged at a time of three major technological revolutions in the electricity industry. Over the past decade, we have witnessed dramatic declines in the costs of renewable-energy technologies, particularly wind, solar photovoltaic (PV) and thermal technologies, while the performance of these technologies has been improving.

Similar developments have been occurring around energy-storage technologies. Batteries, mechanical systems such as compressed air and flywheels, as well thermal and gas-based technologies have seen significant breakthroughs in cost and technological performance. Finally, the emergence of “smart” electricity grids, through the digitization of communications and control systems, has the potential to lead to more adaptive and resilient electricity systems. Such systems will be better able to co-ordinate and integrate smaller-scale and geographically-distributed energy-generation and storage technologies into reliable, grid-scale resources.

These three developments have the potential to make energy systems more environmentally and economically sustainable than is currently the case. They will be able to make better use of renewable low-carbon energy sources, be more reliable and resilient through the greater use of distributed and technologically diverse energy sources, have greater ability to adapt to changing circumstances and needs and have the potential to offer greater control to consumers. While the technological elements needed to realize this potential are coming together rapidly, the required policy and institutional arrangements are evolving much more slowly. The full attainment of the sustainable-energy potential of these developments will require new business models for utilities, and the recognition of new types of actors and service providers in energy markets and systems.

A key focus of discussions in the United States and Europe around these developments has been the issue of aggregation services. This involves the co-ordination and integration of distributed energy production and storage resources, such as rooftop solar-PV systems, household or commercial-building scale energy-storage systems, such as Tesla Powerwalls, and electric vehicles with substantial battery storage capacity, into useful resources at the local, regional and national levels.

There are several dimensions to the creation of these sorts of “virtual power plants.” Information and communications technologies are needed to monitor, control and co-ordinate distributed resources. Technological developments in these areas are moving rapidly. The questions of who will provide these integration and co-ordination services, and how they will be paid to provide them, are emerging as significant challenges. Except for limited purposes such as peak-demand shaving, distributed resource-aggregation functions fall outside of the current rules for electricity systems in North America and Europe.

There are generally no structures for the offering of bundles of services as energy suppliers, managing and co-ordinating cumulative output of distributed generation and storage when more electricity is needed, conservation and demand management resources, reducing grid demand by relying on distributed generating and storage capacity and ancillary services such as grid-frequency regulation.

The issue of the role of aggregation services is now moving to the forefront of the future design of electricity markets and systems. A paper issued by the U.S. Federal Energy Regulatory Commission (FERC) just before the arrival of the Trump administration proposed that aggregators of distributed generation and storage resources be treated as a new form of actor in electricity markets, with appropriate mechanisms to pay for their services. Similar proposals are being discussed in Germany as part of that country’s Energiewende or energy transition.

Here in Canada, Ontario’s local hydro companies (also known as local distribution companies or LDCs), have proposed that they be permitted to function as “fully integrated network orchestrators (FINOs)” in relation to these kinds of activities, something which the current electricity-market rules in Ontario do not fully enable them to do. Some of Ontario’s LDCs have been in the forefront of efforts to integrate and co-ordinate household-level renewable-energy generation and energy-storage technologies. A technological revolution in energy systems is now under way. How governments respond to these developments will have a major impact on the shape of future energy systems, and their role in enabling us to meet the goals of the Paris Agreement. 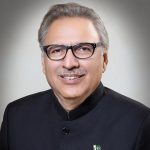 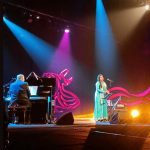 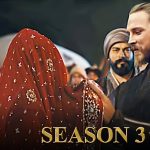