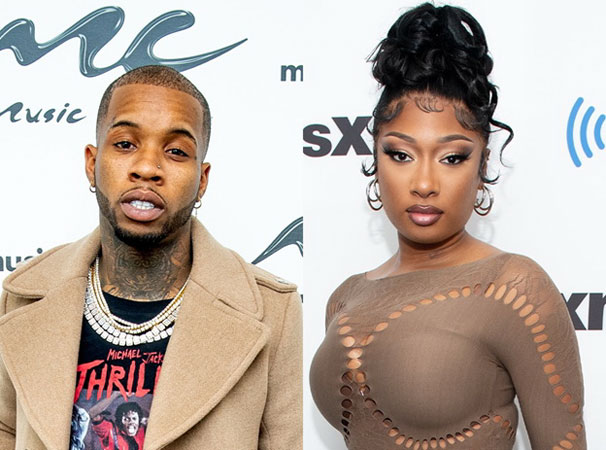 A verdict has been reached in Megan Thee Stallion’s legal case. Rapper Tory Lanez was charged with three felony counts after he was accused of shooting Megan’s feet in 2020, per the Associated Press. The jury determined Dec. 23 that Lanez is guilty on the counts of discharging a firearm with gross negligence, assault with a semiautomatic firearm and carrying a loaded, unregistered firearm in a vehicle. “The jury got it right,” Megan Thee Stallion’s attorney Alex Spiro told reporters after the verdict. “I am thankful there is justice for Meg.”

Lanez previously pled not guilty to all charges and dedicated an entire album to rebutting Megan Thee Stallion’s version of events.

Lanez, 30, faces a maximum sentence of 22 years in prison if convicted on all counts, according to TMZ.

Back in July 2020, Megan said in a statement that she was hospitalized due to a shooting incident. “I suffered gunshot wounds, as a result of a crime that was committed against me and done with the intention to physically harm me,” she said at the time. “I was never arrested, the police officers drove me to the hospital where I underwent surgery to remove the bullets.”

The “WAP” singer continued, “I’m incredibly grateful to be alive and that I’m expected to make a full recovery… But it was important for me to clarify the details about this traumatic night. I’m currently focused on my recovery so I can return back to my life and back to making music as soon as possible.”

A few months later, the Los Angeles County District Attorney’s Office said in a statement that Lanez was “charged with assaulting a female friend” on July 12. “The defendant and the 25-year-old victim got into an argument while riding in an SUV in the Hollywood Hills,” the statement said. “The victim exited the vehicle and Peterson is accused of shooting several times at her feet and wounding her.”

Lanez’s lawyer alleged in court in December that the shots were actually fired by one of Megan’s friends and that Lanez tried to stop the shooting, according to the Associated Press.