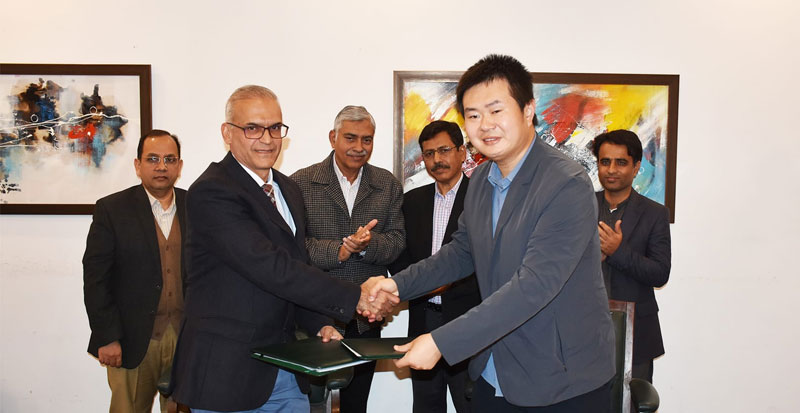 On 19th December 2022, in a meeting held in PARC office Islamabad, Qingfa Hesheng Seed and Certus seeds have signed a MOU on the production of canola seed and edible oil in Pakistan under the framework of the China-Pakistan Economic Corridor.

Working closely since the 2009, Qingfa Hesheng Seed & Certus Seeds, come up with a Hybrid Canola (HC-021C) 00 breed which has shown better yield in fields and quality health benefits in terms of oil extraction. Committee members of Pakistan Agricultural Research Council office Islamabad, acknowledged the efforts and greetings the best wishes to both companies and expecting such more productive frame works in future for the prosperity of agriculture in Pakistan.

In the closing remarks of ceremony, Mr. Ghazanfar Ali, Head Marketing of Evyol Group commended his Certus Seeds team and Chinese counterparts considering the increasing impact of climate change to formed such a successful Hybrid variety which will help to meet the edible industry need as well as serve the farmer community. Chinese counterparts acknowledged the strong committed of Evyol Group and ensured their company will invest more on the Research & Development of seeds to improve their performance under extreme weather conditions. We all are hoping this joint venture can be a game changer for the edible oil industry of Pakistan.