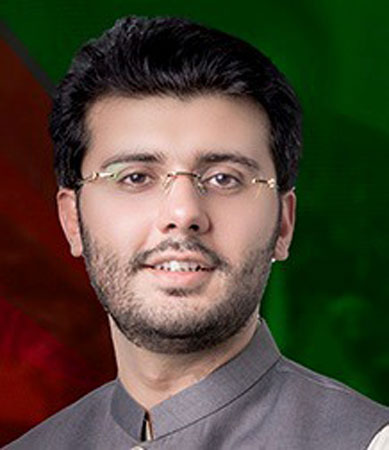 The Punjab government has saved more than Rs 870 million of the national exchequer as it takes pride in almost 27 newly launched development schemes across the province.

It was through successful negotiations with contract companies that the provincial administration, managed to convince them about the dire straits the country was struggling through and procure reduced quotations. All this was made possible only because of the unrelenting determination of Minister for Communication and Works, Ali Afzal Sahi, whose persistence was repeatedly quoted by sources in the department.

With a tag of around Rs 20 billion, the mega development schemes would transform the overall outlook far and wide, benefitting millions. These include rehabilitation and maintenance of the road network for which more than 100 companies had made a pitch. However, after due consideration, the government finalised the 27 who had put up the lowest bids. Roads in districts of Gujranwala, Sialkot, Narowal, Jehlum, Bahawalpur, Rawalpindi, Sargodha, Khushab, DG Khan, Hafizabad, Multan, Sahiwal and Okara among others have been selected for the maintenance exercise.

It is worth mentioning that simply choosing the 27 lowest bidders did not spell the end of the austerity exercise as they were also made to sign an undertaking bearing the pledge below: While the Detailed Notice Inviting Tender had put the cost at Rs 19 billion, the respondent companies had quotes over Rs 20 billion. Five of the contractors reduced their quotations to below 10 million. However, one company, M/s Fiaz & CO, whoppingly climbed down to Rs 4.412 million in its quotation for the reconstruction/rehabilitation of a 1.60 km road from Dina to Nikodar Chowk (section new Jhang Pulli to Nikodar Chowk) in Tehsil Dina, Jehlum District.

When contacted about the historic achievement, Mr Sahi noted that this had been the first time that contractors in development schemes had voluntarily reduced their rates and realised the government’s situation as it tried battling the onslaught of crises, one after another. His party, PTI, believed in ensuring honesty and fairness at every step of the journey and therefore, due diligence had been carried out before announcing the awards, he maintained. However, he realised that his efforts would not have paid off had the contractors not agreed during the deliberation process whether they did it out of their benevolence or because they recognised their contributions to Pakistan.

The minister called the reduction in quotations a “one-of-a-king. unprecedented gesture” largely as a response to the government’s determination to get things done come what may.

“Such actions only seem improbable or impossible when people in these offices put their own interests above the country’s; and can become common when governments put the country and people first,” Mr Sahi emphasised.

He reasserted his pledge to steer Punjab to steady waters and on a path to development on the basis of a public-friendly manifesto touted by the former prime minister and his chairman Imran Khan and the sagaciousness of Chief Minister Punjab, Ch Pervez Elahi.