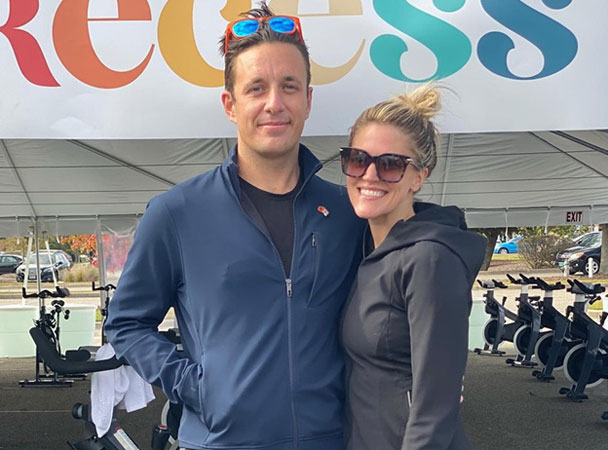 Bevin Prince is still reeling over the tragic death of her husband William Friend. Five months after the 33-year-old was killed by a fatal lightning strike, the One Tree Hill alum addressed the incident for the first time, calling it “an absolute living nightmare.”

“It was like any other day that we’d done a million times,” Prince recalled on the 1 on 1 With Jon Evans podcast on Dec. 2. “The storm was far away, we’re on the boat, everything’s fine. And then in an instant, everything has changed. There’s no normal, and there’s no playbook for it.”

The actress said at the time of the accident, a nurse, a former military member and a bounty hunter were on the boat next to the couple and “responded so fast” in trying to help. However, despite their best efforts, Friend succumbed to his injuries.

Prince continued, “In my mind, there was absolutely nothing that could have been done. And I have to accept that this is larger than me and my understanding at this time.”

Friend-who tied the knot with Prince in 2016-died on July 3 after being struck by lightning while out on a boat near Masonboro Island in North Carolina. According to the National Lightning Safety Council, emergency medical services attempted to resuscitate him for 20 minutes after the accident. He was later pronounced dead in an ambulance, per local outlet WECT.

Prince, 39, noted that her friends have been incredibly supportive following the tragedy, including her former OTH costars Hilarie Burton and Lee Norris, who she said dropped everything to be by her side after the news broke.

“Will was the most fiercely loyal person I’ve ever met in my life, and I learned so much from him by watching how he treats people, and how he shows up for them,” Prince recalled. “Every single person was there to show up for him and me, and so you’ve just got to get up.”

The Recess cycling studio founder said her grieving process is “still so day to day,” but she refuses to give up and is continually looking forward.

“Some days, it doesn’t feel OK, and I think the thing I remind myself is, I have two options. I can stay here on this planet, or I cannot, and that’s not an option for me,” she explained. “I knew when Will passed, I said, ‘OK, I was fortunate enough to experience the kind of love and support and partnership that I know so many people will never feel, so my life now a service. I’m going to do everything I can to serve the people in my community and the people that work with me and my friends and my family and I will continue to show up and do that.”