Will Smith — have ‘Emancipation’ reviews been influenced by the slap?

* Set in the 1860s, 'Emancipation' follows a slave, known as Peter, who escapes from plantation and flees through the swamps of Louisiana, chased closely by his former masters 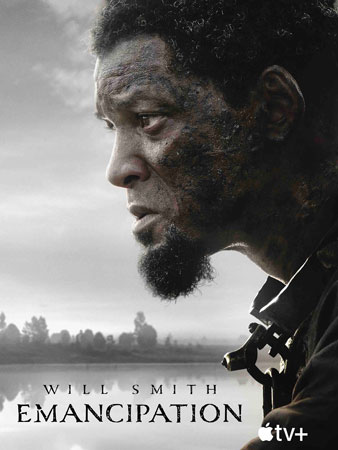 Will Smith’s first film since he slapped comedian Chris Rock at the Oscars has received a broadly warm response from critics.

But many reviews of Emancipation also focused on the wider narrative surrounding Smith – and whether the film could provide a path to his redemption in Hollywood.

Set in the 1860s, Emancipation follows a slave, known as Peter, who escapes from a plantation and flees through the
swamps of Louisiana, chased closely by his former masters.

The deadly cat-and-mouse premise sees a wounded Peter seek clothing, food, water and hiding places for several miles as he attempts to evade the slave hunters.

He is seen encountering dangerous animals and attempting to cover the scent of his blood so it can’t be picked up by sniffer dogs.

The film, which was shot before this year’s Oscars took place, has attracted several four-star reviews – although a few critics graded it as low as two stars. Some focused solely on the film’s content, but others debated the circumstances surrounding the release.

Industry figures are waiting with interest to see how the public will react to the film, after Smith was disgraced for smacking Rock on stage during March’s Academy Awards.

“That scandal may temper audiences’ enthusiasm for seeing what would regardless be a brutal portrait of slavery, but positive reviews might at least encourage fans to seek out this sturdy drama,” noted Screen Daily’s Tim Grierson.

The slap was referenced in the headline of a four-star review of Emancipation written by The Telegraph’s Robbie Collin, who said: “This tough, tense chase thriller could prove Will Smith’s redemption.

“Will Smith’s new film was shot in the summer of 2021, long before The Slap was so much as a tingle in his palm,” Collin noted.

“But if he had specifically sought out a project that would get the world to move on from the fracas at March’s Academy Awards, he could have hardly found a more convincing one. Emancipation is a finely crafted, unflinching pursuit thriller.”

Emancipation is loosely based on the real-life story of Gordon, a former slave also known as “Whipped Peter”, who was the subject of a famous photograph which showed the impact of slavery.

The picture shows severe scarring of Gordon’s back from whippings, and became one of the most well-known photos of the abolitionist movement during the American Civil War.

Some critics, such as Deadline’s Valerie Complex, did not mention the slap at all while delivering their opinion of the film.

“Honestly, the thought of walking out crossed my mind several times,” she wrote of Emancipation. “Not because the film wasn’t up to par, but seeing so much black death onscreen is exhausting and painful and there is only so much I can take – even if the ending of a film is hopeful.” But other critics did reference the moment in March when Smith hit Rock after the comedian made a joke about Smith’s wife Jada.

The events at the Oscars “ironically did even more to yoke the movie into Hollywood’s annual horse race at its own expense,” according to IndieWire’s David Ehrlich.

He drew parallels with other outdoor survival films, writing: “Here is a $130 million prestige picture that better reflects the consequences of The Revenant than it does those of Reconstruction.”

Smith is within reaching distance of a best actor nomination at the Oscars, however he has stiff competition in the category.

While he is banned from attending the ceremony from 10 years, he is not blocked from being nominated.

“The viability of Smith’s star persona has of course been cast into doubt since this particular project was set in motion,” said Justin Chang of the LA Times.

“Which is why the much-analysed events of Oscar night 2022 have generated so much anxiety around their likely impact on the movie’s release, box office potential and Oscar prospects.” Earlier this week, Smith told US chat show host Trevor Noah: “I understand how shocking that was for people. I was gone. That was a rage that had been bottled for a really long time.”

In a separate interview with CinemaBlend about Emancipation, Smith said: “The people on this team have done some of the best work of their entire careers, and my deepest hope is that my actions don’t penalise my team.”

The Guardian’s Peter Bradshaw referenced the slap only in passing in his four-star review.

“Whatever his current travails, Will Smith brings a movie-star presence to this brutally violent civil war drama, with a physical stillness and defiantly steady gaze,” he wrote.

Bradshaw described the film as a “strong, fierce, heartfelt movie”, adding that it “works very efficiently as a thriller, with Peter on the run from his pursuers”.

Emancipation is directed by Antoine Fuqua, who is well known for helming Training Day, The Equalizer and Olympus Has Fallen. It co-stars Charmaine Bingwa as Peter’s wife Dodienne, and Ben Foster as a brutal slave hunter who chases Peter through the swamps with his dogs.

The Independent’s Clarisse Loughrey awarded the film two stars, dedicating her whole opening paragraph to the slap and the events that followed it.

However, she wrote: “For my own part, I believe there are trickier and more productive conversations to be had about Emancipation.”

“The film is primarily a film concerned with individual heroism to a near-mythic extent. How can that ever sit right with a historical trauma still viciously pumping through America’s bloodstream?”

She concluded: “The film never feels as if it’s truthfully telling the story behind the photograph. Or how one man’s pain became emblematic of an entire nation’s evil.”

The movie is “essentially a two-hour adaptation of a photograph,” wrote Empire’s John Nugent, landing in the middle with a three-star review which did not reference the slap.

“The film is, undeniably, singular and sometimes overly simplistic in its approach,” he said. In both his face and physicality, Smith convinces as a man who could survive extreme hardship and sustain a sense of self.”