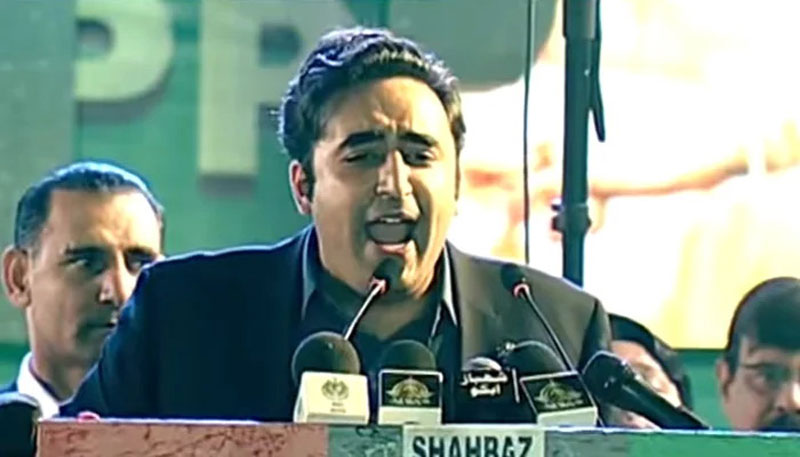 PPP Chairman Bilawal Bhutto-Zardari said Wednesday that “coward” PTI Chairman Imran Khan’s party lawmakers would not quit the Khyber Pakhtunkhwa and Punjab Assemblies. “If you want to resign, then go ahead. The PPP is ready to face you; PPP is not afraid of ‘puppets’ and ‘selected actors’,” Bilawal said in his address to the party’s 55th Foundation Day in Karachi. He claimed that Imran Khan was “lying” when he said that his party’s lawmakers would resign from both assemblies as he is notorious for going back on his word. “Don’t you remember that after PTI resigned from the National Assembly and the by-polls were set to take place, they moved the courts and plead that their resignations were just a political stunt,” he recalled. Bilawal said that the ‘selected’ started worrying about their future the moment the institutions said they will remain ‘neutral’. Bilawal said that the day the institutions admitted their mistake and said that they will remain apolitical, the ‘selected’ puppets started fretting their future and hence started politics of hate and of conspiring to destroy Pakistan.