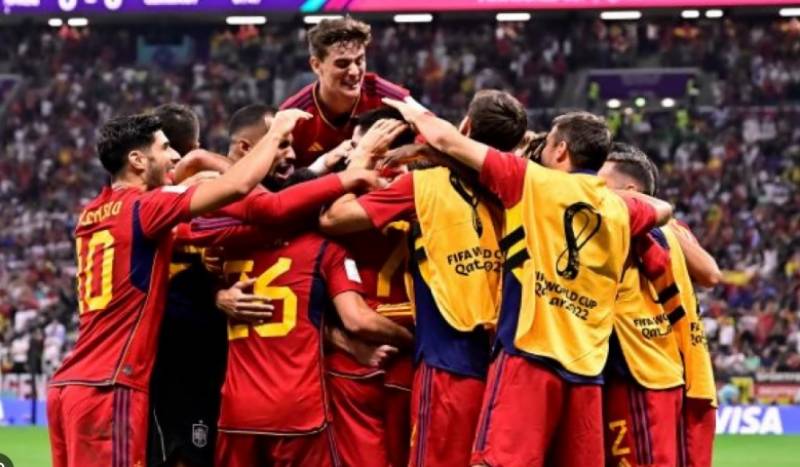 Dani Carvajal said Spain must try and beat Japan in their final World Cup Group E match, even though a point would clinch qualification for the last 16.

Luis Enrique’s side conceded a late equaliser against Germany in a 1-1 draw on Sunday, meaning Spain are top on four points, above Costa Rica and Japan on three, and Germany on one.

“We have to go out to win like always and try to get into optimal form for the knock-outs.”

If Spain only draw against Japan on Thursday and Costa Rica beat Germany, they would finish second in the group.

Alvaro Morata put Spain ahead against Germany with a fine finish from Jordi Alba’s low cross, but Hansi Flick’s side snatched an equaliser through Niclas Fuellkrug with seven minutes remaining.

The match was a tactical battle between two sides who between them have won the World Cup five times.

“It was a tough game because Germany have an amazing team,” goalscorer Morata said.

“(These are) two teams that could be in a semi-final or final of the World Cup.

“The most important thing is to win, but they scored an amazing goal and it was unlucky we didn’t get the victory.

“Japan is a tough team, they run a lot and are good tactically.

“It’s another hard game. We are in the World Cup and everyone can see that the games are crazy.”