What triggered rift between Hassan Ahmed and Sunita Marshal? 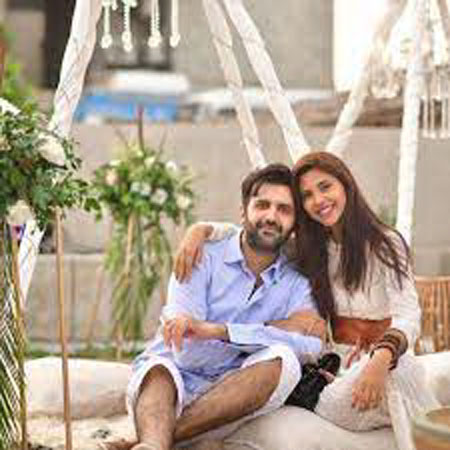 Renowned Pakistani actor Hassan Ahmed made a response video against his wife Sunita Marshal as she talked about his struggles in a recent interview. The famous model and actor Sunita Marshal recently appeared in an interview with Fuchsia Magazine where she was asked by the host about earning more than her husband.

The actor replied that she was already doing well when she got married to Ahmed, while he struggled in the early days of his career and was not getting any projects at one point.

Marshal also discussed her husband’s anger issues and revealing he went to therapy.

She commended her husband that she never helped him to get work and better project, he did everything on his own.

“I didn’t help him, and he fetched projects on his own, he’s MashaAllah doing well on his own,” she said. However, Hassan Ahmed has made a video in response to Marshal’s interview, as he didn’t like her talking about his struggles publicly and without his consent.

He said, “My wife Sunita Marshall gave a few opinions which are her own version of events, many of the things are incorrect in them, even if they are correct, they should be kept private, a lot of things coincide with my opinion.”

He added that after watching the interview, he felt that people are feeling pity for him which he doesn’t want. “I am a strong man and it is my choice if I want to share my struggles or not.”

Ahmed has worked in many famous Pakistani drama serials including, Aangan, Babban Khala ki Betiyan, Mushk and many others

The couple got married in 2009 and have two kids together.