Legislation on COAS extension be revoked 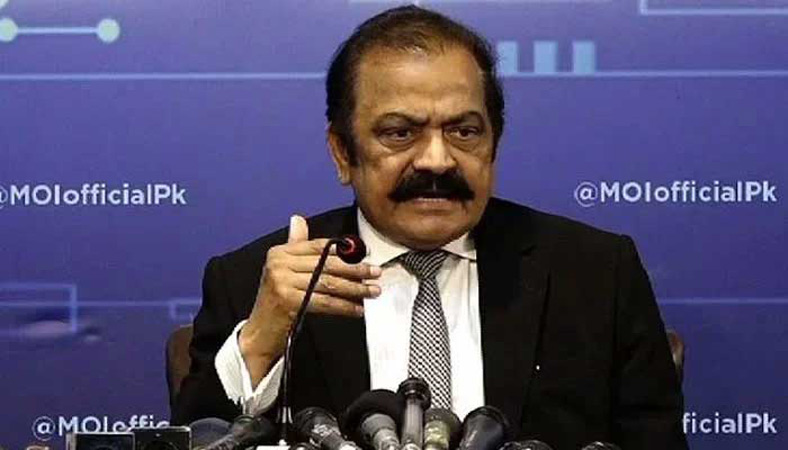 In a bid to avoid conflicts and politics over the appointment of the army chief, Interior Minister Rana Sanaullah on Monday suggested that the legislation introduced during PTI’s government to extend the tenure of the army chief should be abolished. Sanaullah told a private TV channel that the legislation will keep disturbing every army chief in the future as well. Referring to the procedure for the appointment of the chief justice of Pakistan, the interior minister underscored the need for devising a formula for the appointment of COAS. He was of the view that the senior-most officer should be appointed as the next army chief through a judiciary-like system. “The prime minister has discretion regarding the army chief’s appointment,” he said, adding that the prime minister should consult with all the stakeholders about the appointment. The interior minister said that the prime minister will announce the name of the new COAS in the next few days. Responding to a question about the differences between Nawaz Sharif and Shehbaz over the name of the next army chief, the interior minister termed the reports as rumours. He said the provincial government’s resources were being utilized by PTI leaders for holding long march towards Islamabad.

The minister termed the PTI’s long march as ‘tamasha march’. The minister also said the PTI’s leadership should acquire permission from Islamabad Capital Territory’s administration for holding protest at designated place as government would be provide security to them. The minister said that he was discharged from the hospital after completing a small but necessary procedure. He said that he had a heart surgery in 2004 and used to visit the hospital after two or three years for general check-ups.