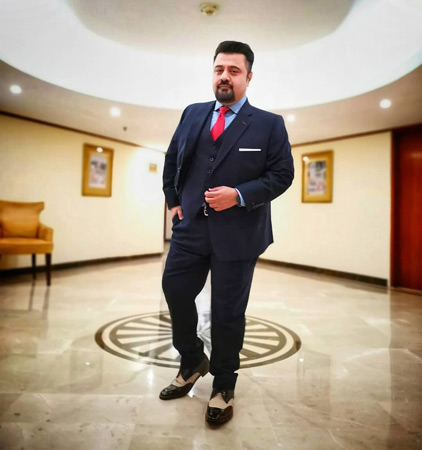 During his outing on the show, Butt quipped that the humiliating defeat of the neighbouring rivals against the England cricket team was a curse from Pakistan’s all-rounder, Mohammad Nawaz for the no-ball in India vs Pakistan fixture.

Ahmed Ali Butt also claimed that he has been convinced ever since the beginning of the WC that India will not make it to the finals, and it has been proved after the semi-finals.

Moreover, the comedy actor recalled the captains’ photoshoot for ICC T20 WC 2022 and reminded the audience of Babar Azam and Jos Buttler – the captains of the final opponents – sharing the centre spot on the group click with the coveted trophy.icc t20 world cupAbout the second semi-final in the ICC Men’s T20 World Cup, Men in Blue were crushed by England team at the Adelaide on Thursday.

England skipper Jos Buttler won the toss and invited the opponents to bat. The Indian team put on 168-6 in their 20-overs quota with half-centuries from Virat Kohli and Hardik Pandya.

England openers Alex Hales and Buttler smashed the Indian bowlers to all parts of the ground and set the record for the highest partnership in T20 World Cup history with an unbeaten 170-run stand.

Their unbeaten half-centuries powered the side into victory with ten wickets to spare in the 16th over.

In the final match of the tournament on Sunday, Pakistan will take on England at the Melbourne Cricket Ground at 1 pm PST.