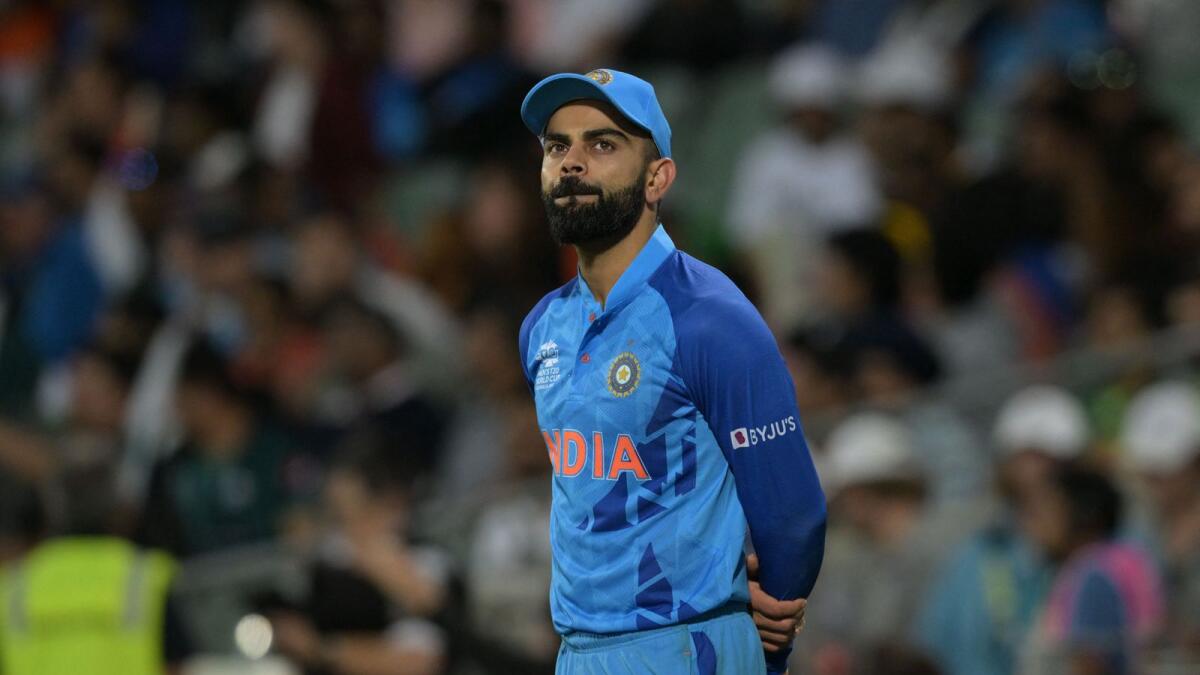 Virat Kohli and skipper Rohit Sharma could be victims of wholesale change to India’s Twenty20 team after the catastrophic World Cup semi-final defeat to England.

England romped to a 10-wicket victory on Thursday at the Adelaide Oval, chasing down the 169-run target with four overs to spare to set up a final on Sunday against India’s arch-rivals Pakistan. Openers Alex Hales (86 not out) and Jos Buttler (80 not out) did the damage against a muted Indian bowling attack lacking both fire and fury.

Cricket is by far the most popular sport in the world’s second most populous country, but India have not won a global title since the 2013 Champions Trophy and the painful wait goes on. The thrashing was met with disappointment, anger and demands for heads to roll.

Reports on Friday said the T20 squad will start undergoing a major transition in the coming days, with prominent senior players including Rohit, Kohli and Ravichandran Ashwin being gradually eased out.

Kohli hit four half-centuries at this World Cup, including heroics to beat Pakistan in India’s tournament opener, but at age 34 the superstar batsman is not seen as the future. “You will not see most of the seniors playing T20 next year,” the Press Trust of India quoted a source in the Board of Control for Cricket in India (BCCI) as saying.

The India team could look very different the next time the T20 World Cup comes along, in the United States and West Indies in 2024. “Absolutely not the right time to talk about this stuff or think about this stuff right now,” coach Rahul Dravid said in the aftermath of his team’s beating when asked about the futures of his senior players. Former cricketer Sunil Valson told AFP that India were outplayed in every aspect against a ruthless England. “The selectors must sit down and see and work out a new combination,” the former fast bowler said.

Former India bowler Harbhajan Singh suggested that India should install a new head coach who has retired from playing more recently than Dravid, 49, and name Hardik Pandya as captain in place of Rohit.

Batting great Sunil Gavaskar said that the Indian selectors had already “sent the signal” to senior players by picking the 29-year-old Pandya as skipper for an upcoming T20 series in New Zealand. “There could be retirements, there are a lot of players in their mid-30s who might consider their future in international T20s,” he said on air after the semi-final.