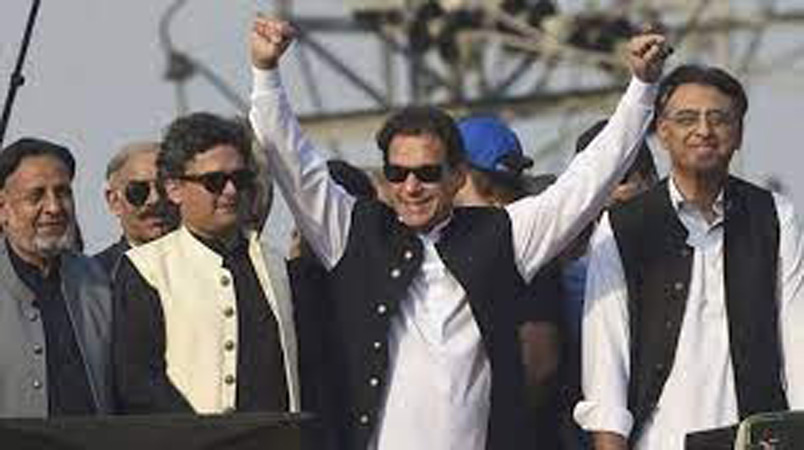 PTI Chairman Imran Khan Wednesday said that he will disclose one more name involved in the Wazirabad assassination attempt.

Imran Khan said that he will disclose the name of the second military officer who was also in the control room monitoring the “execution of the plot”.

His tweet also included two videos from the respective public rallies in which he points to how the government allegedly accused Imran of blasphemy and even conducted a television program to prove he blasphemed. He adds in the video that “four people sitting behind closed doors had planned to murder him.” “Now if someone assassinates me, they will say that a religious fanatic did it,” he said, adding that he had recorded a video which has been kept abroad and in it he had named the four people who had hatched the plot to kill him.

Imran Khan was wounded by gunfire aimed at his open-top container truck as he led a political party convoy through thick crowds in the eastern city of Wazirabad on November 3.

A suspect identified as Naveed was arrested from the crime scene. The suspect admitted to opening fire on the container but did not point out to anyone during the initial investigations. The investigators and the federal government are adamant that the attacker acted alone. However, the PTI leadership including Imran said Naveed was only a pawn who executed the assassination plot hatched by three powerful personalities of the country. The government and military have dismissed Imran’s claims as lies and fabrications, and threatened to sue the PTI chief for defamation. Meanwhile, Imran Khan urged the nation to join the party’s long march as it resumes today at 4:30pm.