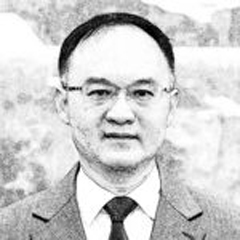 A few days ago, the 20th National Congress of the Communist Party of China was successfully concluded, and so was Prime Minister Shehbaz’s maiden official visit to China. For China and China-Pakistan relations, these two major events came one after another, the significance is self-evident and far-reaching.

Facing a highly uncertain world, which our times and history are changing in ways like never before, China is responding to the uncertainties with its own certainty, hedging the instability of the international situation with the stability of its domestic and foreign policies, and providing a strong and lasting impetus for the recovery of the world economies with high-quality development and high-level opening up, making unremitting efforts for the peaceful development of the region and the world with a responsible attitude. As President Xi told PM Shehbaz, China will continue its fundamental policy of opening-up and provide new opportunities to Pakistan and the rest of the world through continuous development.

President Xi met with PM Shehbaz twice in less than two months, and personally invited him to visit China immediately after the 20th National Congress, which fully demonstrates the uniqueness of China-Pakistan relations and Pakistan’s important position in China’s overall diplomacy. This uniqueness lies in the high level of strategic coordination and political mutual trust. “Ironclad friendship” is a special term to describe the relationship between the two countries. Pakistan sees its relations with China as a cornerstone of its foreign policy. China, as President Xi told PM Shehbaz, views its relations with Pakistan from a strategic and long-term perspective, and puts it as priority in China’s neighborhood diplomacy.

The uniqueness of China-Pakistan relations lies in mutual support on issues concerning each other’s core interests. This year, Pakistan gave firm support to China in response to Pelosi’s visit to Taiwan region and attempts to stir up Xinjiang-related issues at the Human Rights Council. Likewise, China supports Pakistan in safeguarding sovereignty, territorial integrity, security, and promoting its socio-economic development and prosperity. Our close coordination has gone beyond the bilateral level to the multilateral and international arena, jointly promoting the implementation of the Global Development Initiative and the Global Security Initiative, and work together to make the global governance more just and equitable.

The uniqueness of China-Pakistan relations lies in the strong support of practical cooperation underpinned by the China-Pakistan Economic Corridor. The CPEC has played a leading role in Belt and Road Initiative. 47 projects have been started or completed, with a total investment of more than $25 billion and 150,000 jobs created. The 11th JCC was held on October 27, laying a strong foundation for the visit. During which the leaders of the two countries reached important consensus on the ML-1 project for its early implementation. China also agreed to actively advance the Karachi Circular Railway and encourage Chinese enterprises to participate in solar and other renewable energy projects. In the next phase of CPEC, we will step up cooperation in industry, agriculture, science and technology to better serve Pakistan’s industrialization and enhance its export competitiveness. New concepts like health corridor, industrial corridor, digital corridor and green corridor will become important part of the high-quality development of CPEC. Moreover, Pakistan’s exports to China is expected to exceed $4 billion this year. Among them, agriculture serves as an emerging growth area. Pakistan’s agricultural trade surplus with China reached US $640 million last year, an increase of 13 times year-on-year, and keeps good momentum of growth this year. During this visit, facilitation arrangements for cherry exports to China were made. China welcomes Pakistan to explore China’s mega-market and welcomes more high-quality Pakistani food and agricultural products for entry. Pakistan’s efforts to strengthen security guarantees for Chinese investors, and efforts to solve the issues facing the CPEC IPPs contribute to encourage Chinese investors to start businesses in Pakistan and unleash the broader potential for business cooperation.

The uniqueness of China-Pakistan relations lies in the sincerity and concrete actions to help each other through weal and woe. Chinese people will not forget that after the 2008 Wenchuan earthquake in China, Pakistan donated all tents in reserve. Facing unprecedented floods in Pakistan this year, China in no time provided Pakistan full range of assistance, with the total amount of funds and materials reached 660 million yuan. During PM’s visit, China announced an extra 500 million yuan emergency aid for post-disaster reconstruction, making the total aid to 1.16 billion yuan (36 billion rupees), ranking first among other countries. China also sent expert teams on post-disaster assessment and health care to Pakistan to assist in disaster relief and reconstruction.

The uniqueness of China-Pakistan relations lies in the intensity and depth of exchanges in various fields. We enjoy close cooperation, trust and communication between the armed forces of the two countries, and will continue to advance military and security cooperation. In the field of culture, two countries extended the agreement on cultural cooperation and its implementation plan to 2027. The year 2023 will usher in the China-Pakistan Year of Tourism and Exchange, and the Gandhara Art Exhibition will be held at the Palace Museum in Beijing to showcase Pakistan’s diverse culture and long history of interaction with China. With the easing of the pandemic, the issue of Pakistani students returning to China has been effectively resolved. The gradual resumption of direct flights operation with more frequency, people-to-people exchanges between the two countries will surely become more active.

Standing at a new historical stage, as the Chinese Ambassador to Pakistan, I have more confidence and higher expectations for the future of our bilateral relations. We will work closely with Pakistani side to fully implement the outcomes of PM Shehbaz’s visit to China, illustrating the opportunities and significance of the 20th CPC National Congress for China, Pakistan and the world, speed up to build a closer China-Pakistan community with a shared future in the new era, and inject new impetus into our All-Weather Strategic Cooperative Partnership.

The writer is Ambassador of People’s Republic of China in Pakistan.