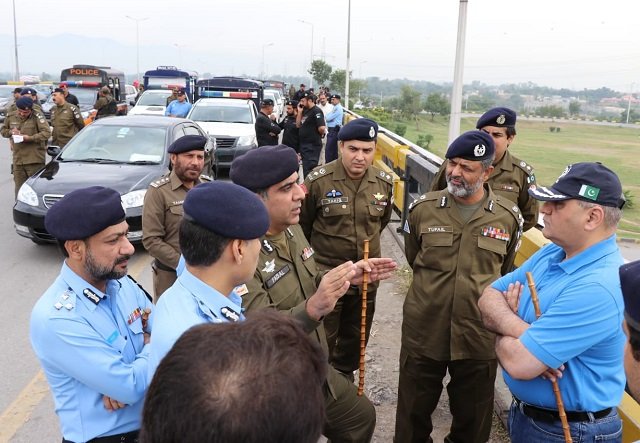 As per details, Islamabad police issued a notice to hotels and guest house owners and asked them to not host long marchers.

According to the police, all the hotels and guest houses in Islamabad will be thoroughly checked on daily basis. If anyone is found violating the orders the city police will take strict action.

Yesterday, the Imran Khan-led PTI long march, which began from Liberty Chowk after Friday prayers, will resume its journey towards Islamabad at 11 am from Lahore’s Shahdara today (Saturday).

PTI Chairman Imran Khan halted the long march at the end of the first day of the anti-government protest. The long march ended at Shahdara after passing through the Ferozepur Road, Icchra and Mozang.

Addressing the participants of the march at the Data Darbar, Lahore, Imran Khan said that he knew that Lahore would never disappoint him.

The PTI chief reiterated his stance, saying the long march was neither for politics nor was it a regular movement. Instead, it is a “jihad” for real freedom, he stressed.

However, the Islamabad administration rejected an application of the Pakistan Tehreek-e-Insaf (PTI) seeking permission to hold a public rally and sit-in in the federal capital.

The administration rejected PTI’s NOC application and issued a new letter to the party regarding the public rally and sit-in planned in Islamabad.