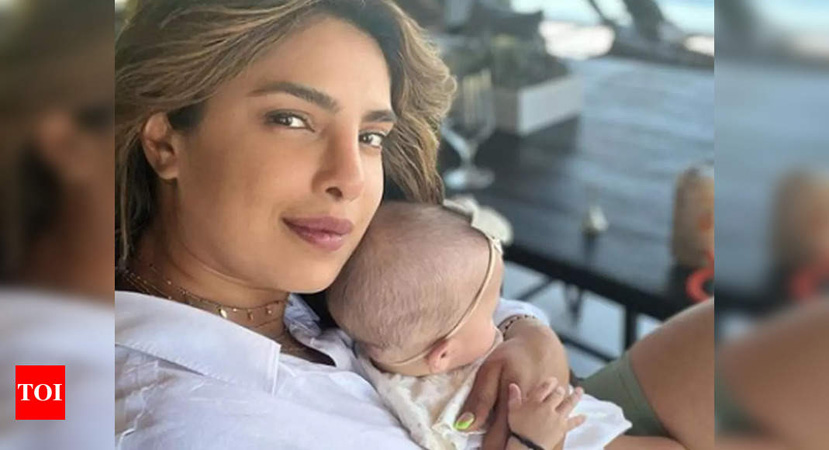 Actor Priyanka Chopra, who recently travelled to Kenya, has spoken about the sufferings of the children and the women in Ghana region. In a new interview, Priyanka said that she was pained by the situation. The actor said that she couldn’t imagine her child ‘crying out of hunger for days and days’ what it would do to her mental state.

Priyanka and her husband-singer Nick Jonas welcomed their daughter Malti Marie Chopra Jonas earlier this year. In January 2022, the two announced that they became parents to Malti Marie via surrogacy. The couple, who got married, in 2018 currently lives in Los Angeles.

In an interview with local news channel NTV, Priyanka was asked if she plans to go to Kenya again and what she learnt during her stay this time. Priyanka said, “Yes, I hope and I definitely want to come back. I hope it will be under better circumstances. What I have learnt is that through the most difficult times human beings have incredible resilience, human beings have kindness, human beings have warmth. What I especially saw when I went to the Ghana region was that it was very difficult for me especially as a new mother to see so many children suffering the way they were.”

She added, “I cannot imagine if my child was crying out of hunger for days and days what it would do to my mental state. To see those women standing by their children and not eating for days to make sure their children eat just goes to show that there is so much strength in human beings and especially in women. That’s something I’m taking back with me as an inspiration. I hope to come back to Kenya under better circumstances.”

Recently, Priyanka travelled to New York with Malti Marie. She posted several pictures on Instagram with her daughter as they spent time in a park, went shopping, and relaxed at their hotel. Sharing a photo as she held Malti, Priyanka wrote, “Our first trip to the big (apple, heart eyes and nazar amulet emojis.”

Fans will see Priyanka in international projects such as It’s All Coming Back To Me, and the series Citadel. Produced by Russo Brothers, Citadel will hit the OTT on Prime Video. The upcoming sci-fi drama series is being directed by Patrick Morgan and stars Richard Madden alongside Priyanka. She also has Farhan Akhtar’s Jee Le Zaraa, with Alia Bhatt and Katrina Kaif.